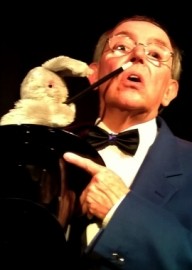 Children's Birthday parties - Everything is age appropriate providing fun and laughter and a dose of magic to my audiences.
Punch & Judy Show - The traditional entertainment with up to ten characters plus sausages!
Balloon Modelling - Speedy balloon modelling, a dog in six seconds!
Close-up Magic - for family gatherings including weddings, gala dinners, Christenings - all family events.

On leaving school and following a scientific career for six years, Jonathan gave up his job to follow a performing career.
After three years at Queen Margaret University, gaining a Diploma in Drama (with a Merit in Stage Fighting) Jonathan has performed in many areas of the entertainment industry including repertory, touring in musicals and plays, children's theatre and has performed magic and puppetry at a multitude of private events.
His TV and film appearances have ranged from Perry's father in 'Harry Enfield' to the Usher in 'Trial & Retribution and a judge on 'Britain's Most Evil Killer ... s'. 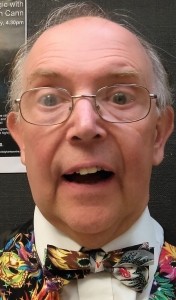 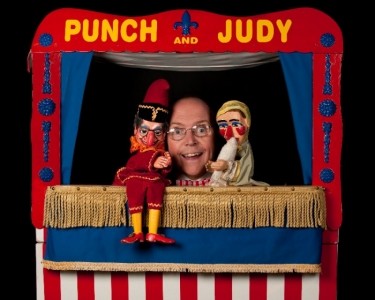 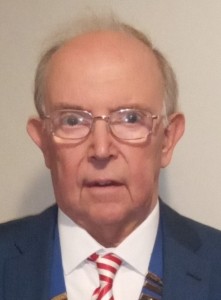 Jonathan Cann - Magician - Childrens Magician - Burgess Hill, South East Event Location: Croydon Event Type: Children's party 1st August 2020
Nilima 03 Aug 2020 Jonathan was great with kids, along with his magical tricks he also brought in loads of energy and fun! My 5 year old girl and her friends thoroughly enjoyed the show and wanted more! Thank you Nilima
Reviewed by: Nilima
Jonathan Cann - Magician - Childrens Magician - Burgess Hill, South East Event Location: Littlehampton Event Type: 60th Birthday party 18th July 2020
Dee 21 Jul 2020 Johnathan is a true professional, it was my 60th birthday party and he went down a storm. We all thought he was superb, loved the potted history of Punch and Judy. Also loved our balloon hats. We would certainly book him again.
Reviewed by: Dee
Jonathan Cann - Magician - Childrens Magician - Burgess Hill, South East Event Location: London Event Type: 70th Birthday party 2nd March 2019
TamaraB-9 03 Mar 2019 Jonathon came and performed at our house for an hour and a half for my mother’s birthday. He showed us how to build puppets with materials around us and other little objects we could use as puppets. Then he performed a spectacular Punch and Judy show inside his lovely booth he had brought with him. He ended with some wonderful magic. The whole afternoon was a delight, sheer joy from start to finish. We laughed our heads off and had so much fun!! Jonathan is a superb performer; so so skilled, extremely funny, charismatic and just becomes the puppets he is impersonating. He’s a natural performer ....born to do this. He lights up the room!! I would hire him for any event, any party, any anything!!!!
Reviewed by: Tamara

I have been earning my living from entertainment for over thirty years.
Performing at a multitude of family events with theatre and TV/film experience I have quite a varied career!
I have hosted quiz nights and presented awards ceremonies.

I am a trained actor with a Diploma in Drama from Queen Margaret University, Edinburgh.
Professional experience in plays, musicals and pantomime.
I have acted in quite a few short films.