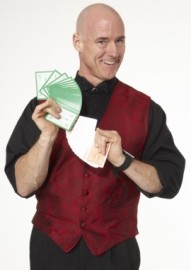 Chuck G. is available for engagement as a guest or featured entertainer. He has been amazing audiences with his fun and captivating magic for over 20 years in the LosAngeles area alone and before that he was the toast of Ireland and the entire United Kingdom.
Request a Quote
Share this Page:
Profile Views: 1132
Report this profile 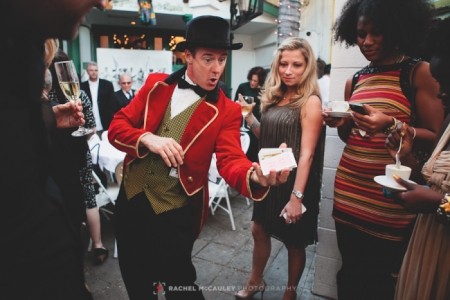 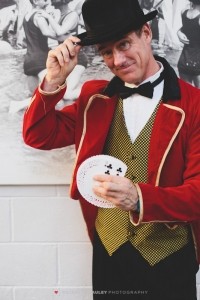 Chuck G "The Irish Magic Guy" brings amazing magic before his audiences with a touch of Irish wit, humor and charm; His show features all the facets of magic; sleight of hand, mentalism, close-up and comedy, a little something for everyone, all done with a hint of the Blarney

Chuck G. is a professional magician with over 30 years experiance. He has successfully created and performed shows for clients that include The City of Los Angeles, Blue Cross/Blue Sheild, The Girl/Boy scouts Of America,Birds Eye Foods, City of Hope, The Ronald McDonald House, and many others. Chuck is also the entertainers' entertainer, having performed in front such noteable stars as Carl Reiner, Elizabeth Taylor, Dick Van Patten, Goerge Lopez, Brad Whitford, Denise Richards, Joe Mantegna just to name a few.
He has performed at the World Famous Magic Castle in Hollywood, as well as tho ... usands of private parties, Bar and Bat Mitvahs, School shows and Kids birthdays all throughout the year. Chucks' experiance and proven track record means that you can rest assured that you are getting a professional,appropriate and entertaining show that will have your guests amazed and thanking you for, for weeks,months, even years to follow

He has been amazing audiences with his fun and captivating magic for over 20 years in the Los Angeles area alone and before that he was the toast of Ireland and the entire United Kingdom but now he is bringing his Magic Worldwide.