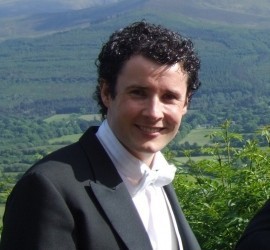 I am a Tenor and sing solo and can sing with anyone. I sing in Tenor Groups and with Soprano's etc. I sing Classical and crossover eg: Andrea Bocelli, Pavarotti, Josh Groban.
: 00353-87968XXXX Click here to reveal
full number

When contacting this member, please state that you are viewing their Entertainers Worldwide profile.
Request a Quote
Share this Page:
Profile Views: 566
Report this profile

◦Nella Fantasia (from "The Mission")
◦The Prayer (Andrea Bocelli) (Solo)
◦Time to Say Goodbye (Solo)
◦I believe when I fall in Love (Josh Groban)
◦In a Country Churchyard (Chris de Burgh)
◦Can't help falling in love with you
◦You raise me up (Josh Groban)
◦Climb every Mountain (The Sound of Music)
◦Because
◦Unchained Melody (Finbar Wright)
◦Annies Song (John Denver)
◦Perhaps Love
◦The wind beneath my wings
◦Yesterday
◦Speak softly Love
◦Music Playing
◦All the things you are
◦When I fall in Love (Nat King Cole)
◦Because your mine
◦You ... are Love (Showboat)
◦Beloved
◦Time after Time
◦A Time for Us
◦Danny Boy
◦Memory
◦Adelwise
◦You'll Never Walk Alone
◦I'll Walk beside you (Finbar Wright)
◦Because We Believe (Andrea Bocelli)
◦All I ask of You (Duet)
◦Amigos Para Siempre (Duet)
◦Tonight (Duet)
◦Come what May (Duet)
◦Vivo Per Lei (Duet)
◦Bridge over Troubled Water (Duet)
◦The Prayer (Duet)
◦Time to Say Goodbye (Duet)
(Just to name a few).

Dominic McGorian - Classical Irish Tenor.
Dominic was born in Dublin in 1978. He has sang at many Weddings & Concerts since 2001. He toured with 'Rhythm of the Dance', & Gaelforce Dance singing Irish Ballads. He performed on the 'Holland America' Irish cruise as one of 'The Three Irish Tenors'. Also Dominic Performed on a Christmas Tour in America as one of "The Three Irish Tenors". He sang for Mary Mc Aleese & Presedent Michael D. Higgins. He performed with 'The Liam O'Connor Show' many times.
Dominic has sang in Opera's, Soirees over the years. He regularly performs for 'Project Mus ... ic Management' (Shane O'Leary) from Waterford and recently performed in Spain in two Soirees. He was on RTE. Radio on the Miriam O'Callaghan, Marty Morrissey and on TV3.He Sings all the time and Loves it. He continues to sing at home and abroad and focuses on Weddings and Concerts 2019, and on.
He admires, Andrea Bocelli, Finbar Wright, Pavarotti and Mario Lanza. Also Hayley Westenra & Charlotte Church 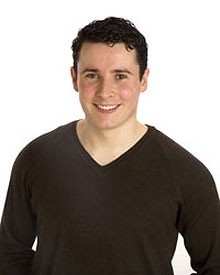 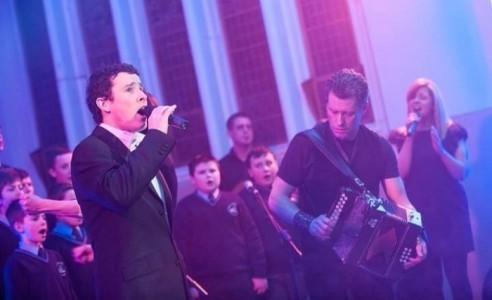 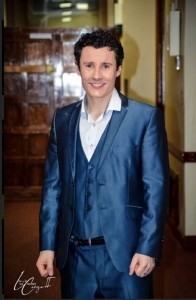 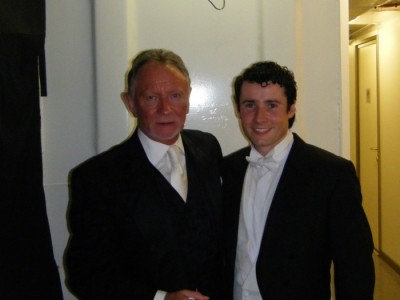 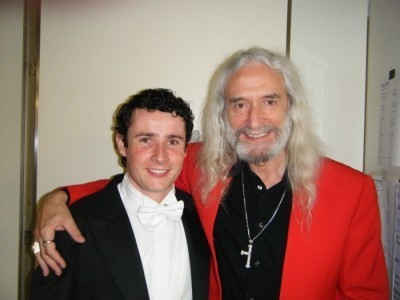 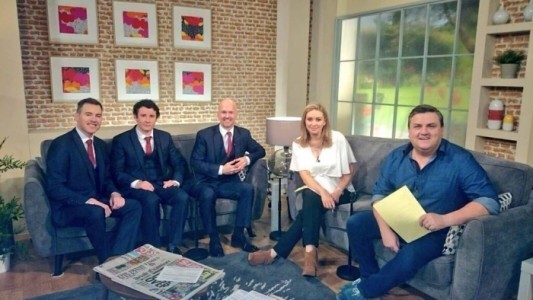