I'm looking for:
near:
No valid location selected.
You Are Here: Singers / Classical Singers / Colombia / io 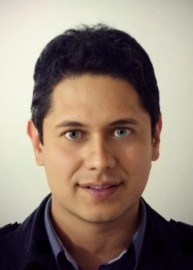 (no reviews)5.0
Country: Colombia
Based In: Colombia, Colombia
Performs: Worldwide
From: Contact

I'm a classical singer with experience in genres like Jazz, Rock, Pop and Latin. I have my own production show called 'La dolce vita' which is a collection of Traditional Italian songs and Opera arias, all of them well known and often used as movie's sound tracks
: +574603XXXX Click here to reveal
full number

The show is themed on "La dolce vita". Not just the movie, but all what the phrase in Italian means. Luxury, comfort and the search for love and happiness. The performance is played in a single track synchronized to a video. At the beginning, the music starts and while i start singing the silhouette of a man singing appears on the screen, then in a key point of the music I appear on the stage. During all the performance i have interactions with the video of that kind and they are reinforced by light effects. In between songs there are some voice overs related to the songs and meant to create a ... flawless connection provided a short time for applause and in a couple of times I speak myself to the audience. At the end I mingle with the crowd when possible and go to sing in the middle of the audience making some musical interaction with them.

I have worked for Sand China at The Venetian Macao and Marina Bay Singapore. Last 2 Years I worked for FTI Cruises on board the MS Berlin