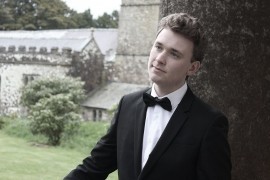 Thomas Cameron is a Classic Brit Award nominated tenor, whose voice has been described as having velvet-like qualities. Performing the hits from the world of musical theatre, classical and contemporary music, Thomas has blown away audiences across the UK and Ireland.
Request a Quote
Share this Page:
Profile Views: 206
Report this profile

Thomas Cameron is a Classic Brit Award nominated tenor, whose voice has been described as having velvet-like qualities.
Performing the hits from the world of musical theatre, classical and contemporary music, Thomas has blown away audiences across the UK and Ireland, as well as having a worldwide following.
Thomas Cameron performs with professional backing tracks, his pianist or with his pianist and string quartet.
“Already wowing the music world”
BBC One

Thomas Cameron is a nineteen year old English tenor, whose voice has been described as having velvet-like qualities.
He first discovered his love for singing when he was selected for the lead role in a production of Joseph and the Amazing Technicolour Dreamcoat when he was eleven years old.
Singing the world famous songs 'Close Every Door' and 'Any Dream Will Do' gave Thomas a feeling he'd never experienced before and he knew this is what he wanted to do as a career from this very moment.
​
Thomas began vocal tuition from an early age, but it wasn't until he met his current vocal co ... ach Val Skull, that he realised his potential in classical singing and from here began his classical training.
​
Thomas has worked with a number of people on his latest works, including Irish music producer Robert Macleod ('Tomorrow' Universal 'Candle for Kosovo' Grapevine Records, Bwitched) and sound engineer Scott Barnett (Peter Gabriel, Beyoncé), recording at the world famous Real World Studios, owned by Peter Gabriel.
He has also worked with the likes of Alex Gordon at the most famous studio in the world, Abbey Road Studios, when mastering his debut album.
​
After recording his first album, Thomas successfully secured an eight date summer tour across the United Kingdom and Ireland at an array of different festivals.
One of the highlights of this summer tour, included two
appearances at the Edinburgh Fringe Festival where he performed at the Arthur Conan Doyle Centre and Stockbridge Church, two of the finest venues in Edinburgh.
Another highlight was selling out two shows on the Isle of Wight for the Ventnor Fringe Festival.
​
Thomas Cameron was nominated for a Classical Brit Award at the 2018 ceremony held at The Royal Albert Hall. He was entered in to the 'Sound of Classical Poll' category, shining a light on the future of classical music.
​
Irish coffee chain Insomnia Coffee confirmed Thomas' appearance at one of their biggest stores in Ireland in June 2018. Here he performed a benefit concert in aid of a local cancer charity, The Cuilse Centre.
​
On 12th July 2018, the first single 'Bring Him Home' from Thomas Cameron's debut album 'The Voice of Thomas Cameron' was launched at Buckland House to a sold out audience.
​
In June 2018, Thomas Cameron made his debut performance on BBC Radio, appearing on BBC Radio Devon on 16th June and premiering his debut single 'Bring Him Home'.
​
Thomas Cameron has made his debut television appearance on BBC One, being interviewed on BBC Spotlight about his career to date and his first single 'Bring Him Home'.
​
During October, Thomas has worked with a number of composers across the globe, working closely with them to help bring their compositions to life. He was blown away by their talents and was delighted to feature on a number of their compositions.
​
On 1st November 2018, the second single 'Nothing Lasts Forever', an original song written in collaboration with Irish singer/songwriter Pat Fagan, was released at the stunning Buckland House to yet another sold out audience!
​
As his Irish fan base has grown, Thomas has played a number of prestigious venues in Ireland.
He performed at the 'Cork Arts Theatre' in November 2018 and also new and exclusive venue, 'The Forge' in Limerick.
In 2019, one of Thomas' largest concert successes to date will take place as he performs in the world renowned National Concert Hall of Ireland, principal national venue for classical music concerts in Ireland.
​
Thomas has signed his first management contract with Start Up Music Management and is delighted to be working closely with his new manager Robert Macleod on a number of exciting projects.
"Already wowing the music world”
BBC One
“I have witnessed Thomas Cameron's voice draw people in until there is a silence in the air that you can hear. His voice is truly a gift”
Robert Macleod/ UK,Music Producer
​
"The voice of character and serenity”
Kris Emmett, Director of Music, St Michael's Church, Chagford
“The room fell silent and chins were hitting tables left, right and centre"=
Vern Allen Agency Music Reviewer
“As Thomas projects his spellbinding voice you feel your troubles melt away and everything seems right in the world - 5 stars"
Camilla Joyce, Former Express and Echo Reviewer
What fans of Thomas Cameron have to say...
'Thomas Cameron's voice is truly stunning!'
Teresa
'Wow...what a voice...'
Sharon Cockwill
'God bless your beautiful voice...'
Jeannepaula Mcgovern
'Goosebumps'
Paula Page
'I could listen to this forever, beautiful'
Jackie Ahern 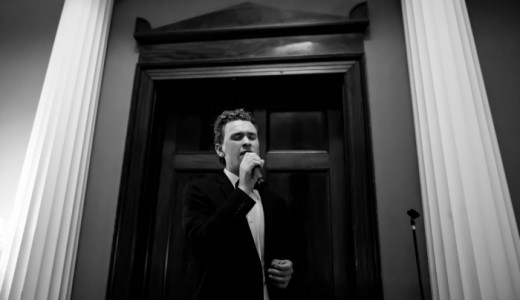 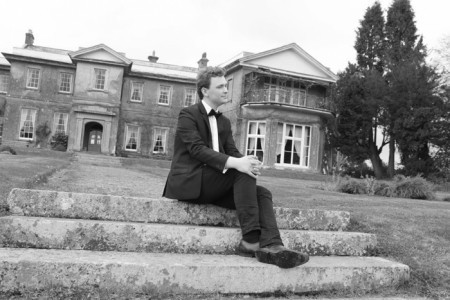 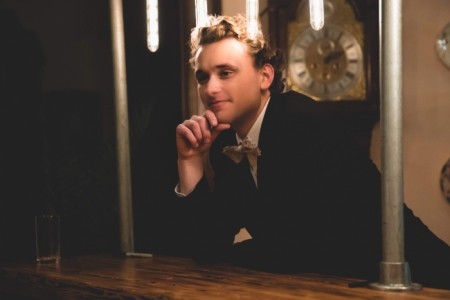 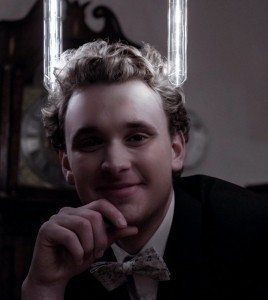