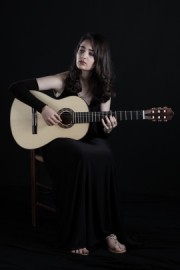 (no reviews)5.0
Country: Italy
Based In: Milan, Italy
Performs: Worldwide
From: £80/hour

When contacting this member, please state that you are viewing their Entertainers Worldwide profile.
Request a Quote
Share this Page:
Profile Views: 469
Report this profile

A young, energetic, highly talented Italian classical guitarist presents a recital programme with music across 3 centuries. From baroque items, to Spanish classics such as 'Granada' to romantic Latin American pieces such as 'Julia Florida'.

Born in Italy in 1994, Costanza began guitar lessons at the age of nine and gave her first recital at
the age of fourteen at the ‘Casa Verdi’ in Milan. She made her orchestral debut at the age of
sixteen, playing Vivaldi’s ‘Concerto in D major’ with ‘La Verdi’ orchestra under the baton of Jader
Bignamini.
After attending Milan's Junior Conservatoire, Costanza was awarded a DFES government
scholarship to study as a specialist musician at Wells Cathedral School (UK). There she studied
classical guitar with Andrew Barrett, composition with Paul Whitmarsh and clarinet with Edwa ... rd
Leaker and enjoyed performing in a wide variety of concerts including a solo recital of Latin
American music in Wells Cathedral and numerous clarinet concerts both as a soloist (Woodwind
Department concerts) and with the Wells Cathedral School Wind band.
Costanza continued her studies at the Guildhall School of Music and Drama where she was a
scholarship recipient and performed in various locations in London and around. These include
the Garrick Temple to Shakespeare, the Ripley Arts Centre and St Peter’s Church in St Albans.
A prolific composer, Costanza has written many pieces for guitar and other instruments which
have been premiered at Wells Cathedral School New Music concerts. Her ‘Sounds from the Earth
Suite’ for guitar, percussion, cello, violin and clarinet has been performed at the composition
workshop given by composer Jonathan Dove during the Wells New Music Week. Her fanfare for
two trumpets was performed at the launch of the of the new concert hall (Cedars Hall) at Wells
Cathedral School. 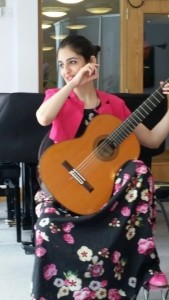 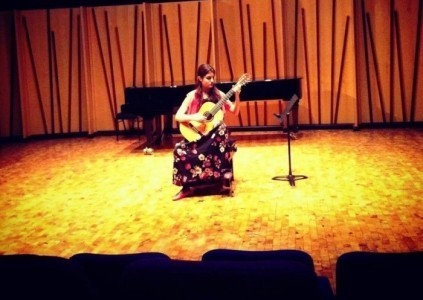