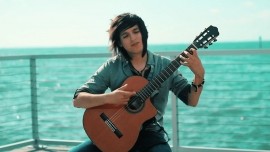 Culver's astounding precision and raw emotion demand to be heard in as many venues as possible. He performs an extensive classical guitar repertoire and is dedicated to honoring the composer by creating a passionate yet polished sound that engages and inspires listeners
: 810624XXXX Click here to reveal
full number

When contacting this member, please state that you are viewing their Entertainers Worldwide profile.
Request a Quote
Share this Page:
Profile Views: 691
Report this profile

"Culver's astounding precision and raw emotion demand to be heard in as many arenas as possible..."
Looking to add the ultimate touch of sophistication and refinement to you and your guests' experience? Treat your ears to the exquisite sounds of Edwin Culver's classical guitar playing and make your event an unforgettable evening of soothing delicacy and serenity. Book Edwin Culver now!
Read more for Edwin Culver's Performance Experience:
Solo Premiere at Honghuou Wang in Yichang, China - August 2nd, 2017
Currently performs every week in CasAntica Ristorante, Red Clasico Sarasota, and A ... ngelo's Ristorante
Various solo recitals, private parties, and receptions - 2013-Present
Lunch, Listen, and Learn Concerts – Manatee Library, Spring and Fall 2016
Charity Concerts – Fall 2016-Present
Official Biography written by Brigitta Burguess:
Edwin Jordan Culver is a classical guitarist, composer, and music teacher residing in Sarasota, Florida. He performs recitals, delivers lectures, and composes original works of Classical Music. Culver hails from Flushing, Michigan, where he taught himself guitar at 16. He didn't take formal lessons until attending Hillsdale College, where he studied under Larry Williams, Russell Nebelung, and Daniel Palmer. At Hillsdale he earned a Bachelor of Arts in Music Performance.
After graduation Culver participated in an intense music study in Arizona under Tom Patterson of University of Arizona. He then moved to Florida to pursue his natural gift of teaching at The Classical Academy of Sarasota. He taught K-12 music history, theory, and composition, while also offering classical guitar lessons and leading a guitar ensemble after school hours. He had the freedom at The Classical Academy to design his entire curriculum and use that freedom to instill an appreciation for music from many different genres and a foundation in musicology and music theory in his students. Because the school facilitated a creative environment, his curriculum encouraged music composition as well. Currently, Culver is taking a break from teaching in order to complete his curriculum for the use of classical schools across the nation. He continues his own musical education as well, studying under Dr. Eduardo Minozzi Costa. On top of that, Culver also writes music articles for counter-melody.com and delivers public lectures on 20th Century composers and musicology at South Manatee Library. He has fallen in love with the Sarasota art culture, finding that both classical and contemporary art forms are extremely appreciated by its citizens. The city has encouraged his art immensely, and he is excited to give back to it musically.
Culver performs an extensive classical music repertoire. Growing up as a dedicated heavy metal fan in Michigan, Culver often selects extreme music that uses sophisticated harmonic language and intricate timbres. As a performer, Culver is dedicated to honoring the composer by creating a passionate yet polished sound that will engage and inspire listeners. His major performance influences include such talents as Brad Richter, Marcin Dylla, Marek Pasieczny, and Xuefei Yang.
Culver's astounding precision and raw emotion demand to be heard in as many arenas as possible. He performs every Friday and Saturday evening at CasAntica Ristorante in downtown Sarasota, where he plays classical favorites for guests looking for a refined dining experience. He also performs at myriad private events, concerts, and public recital halls. He looks forward to performing more in 2016 and plans to release a full album performance of standard classical guitar master works within the year and begin touring after that.
Beyond just the performance side of the classical world, Culver is also a dedicated composer. Though the standard for classical guitarists is usually to perform major works by well-known composers, Culver is driven to create his own works as well. As a composer, he is passionate about designing music with supreme intensity and emotion, while also ultimately retaining refined and elevated elements of his art. His aim is to apply both classical and modern techniques and styles to create something new and deeply captivating.
Culver's classical guitar music is something altogether unique, achieving sounds that are somehow stimulating, but peaceful; exposed but delicate; and natural, but intricate. 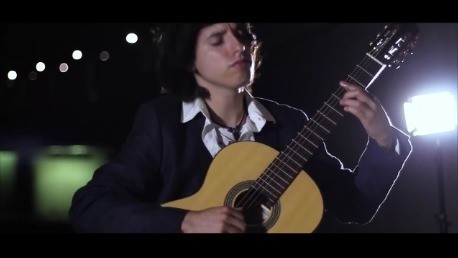 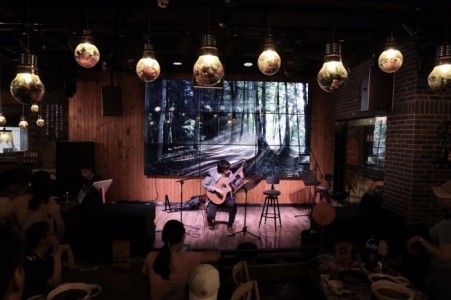 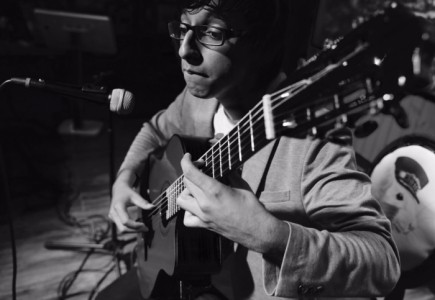 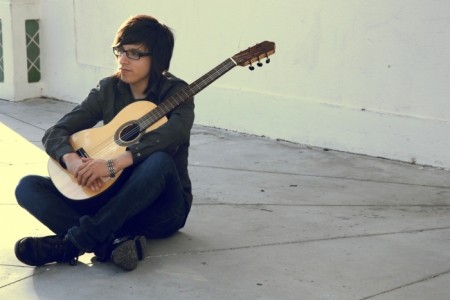 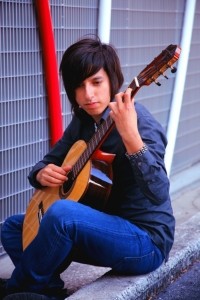 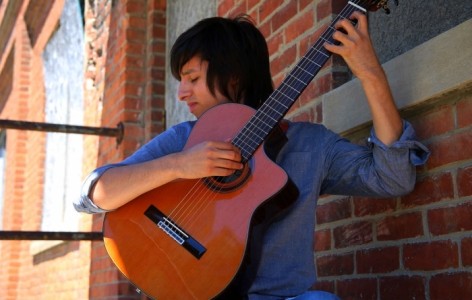