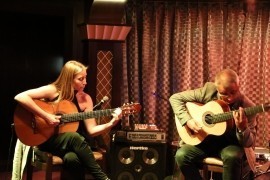 (no reviews)5.0
Country: Spain
Based In: Spain and Argentina, Spain
Performs: Worldwide
From: Contact


we are an unusual guitar duo, we have worked to Tallink Silja Line and Celebrity Cruises. The latter contract was last year, ending in August. Both lines have had great success and we are looking for work.
We wanted to present our material to work with you.

JORGE MARTIRE - . At 8 years learning the opening chords and notes with his father, guitarist tango and folklore. Then he continued studying with different teachers from La Plata until age 11 , when he meets the teacher Ruben Morales (Indian ) . Under the name of JR Duo , recorded several albums and acting in television and radio stations such as Radio Provincia de La Plata, Buenos Aires Channel 11 , and several theaters in the country ( Coliseo Podesta ) , La Plata, among others. Over time, integrates different guitar duos with Gabriel Luna, Leandro Burgos, Miguel Cardoso , until he meets Jua ... n Paez , the way that companion tango singers .
With this last run through much of the country accompanying song tango greats as Maria Garay, Enrique Dumas , Nelly Vazquez , Guillermo Fernandez , Chino Hidalgo , Eduardo Borda, Marcelo Tomasi , Angel Cardenas and Reinaldo Martin . It also acts in the famous Buenos Aires coffee Homero Manzi .
In the year 2004 Indios Tacunau convened to play with them in Buenos Aires part in the filming of the movie ,El dia que cambio la hitoria, acting as a musician, under the leadership of Lito Cruz and touches on Channel 7 Buenos Aires , the program Made in Argentina , led by Antonio Carrizo and sharing the television space with Carlos Salvador Bilardo , Victor Heredia and the Negro Fontova .
The festival del ternero (San Jose Feliciano ) , shared the stage with greats like Tarrago Ros, Teresa Parodi, Abel Pintos In 2005 Nora Rey accompanies the preselection of Cosquin in Usuhaia . In 2007 he traveled to Spain to play at festivals such as International Jazz Festival of Alicante. Evenings of the Castle Santa Barbara , Alicante . Cultural Platform Alicante.Plaza San Juan Gabriel Miro, hired by the association of ABA Tango Alicante. The Chamber Desden , Alicante . Gropius Hall , San Vicente ( Alicante). Channel 7 TV in Murcia. Channel 5, the local television Barcelona. Different milongas in Barcelona. Blas Infante Theatre of Barcelona.
In addition to the above, in 2008 composed a tango DE REPENTE BUENOS AIRES and waltz,CAMPANARIO DE LABASTIDA both recorded in the SADAIC .
In 2007 the Duo form Yunta Brava with Maria Rodriguez Rey, and the training he moved to Barcelona where they make multiple submissions .
- Stable Musicians at the Palau Dalmases
- Participation in the festival organized by Catalunya Tango Tango, pro daminificados flooding in Haiti
- Companions of renowned Argentine singer Fernando Rios Palace
In 2010 he finally moved to Santiago de Compostela , where they participated in different milongas of the city and presentations programs TVG , A Solaina and Eirado .
In June 2012 they are hired by the Association ABATANGO to participate in the festival of tango Caminito, in the city of Alicante , also acting in several milongas and meeting the same city , as the Board The Ring and the Hotel Nereo , and the year working in the Auditorium de Vilagarcia de Arousa accompanying singer Ruibal Angeles .
In late 2012 , they toured to Estonia , where they perform 5 concerts in major cities of the country : Tallinn , Tartu , Viljandi , Parnu, Saarama .
Due to this success , are hired by the company Tallink Silja Line ( cruises Estonian company ) during the months of March to August 2013 and still there, also performed a concert in the most important room of Sweden , Stampen Jazz Club.
In summer 2014 they were working on Celebrity Cruises, from May to September 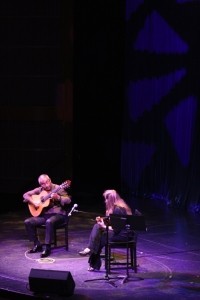 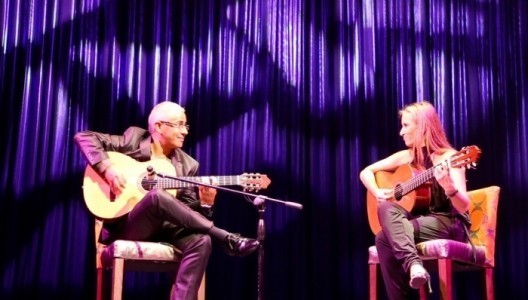 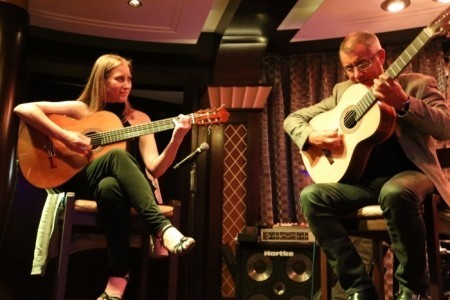 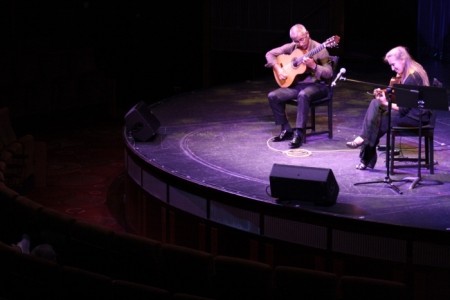 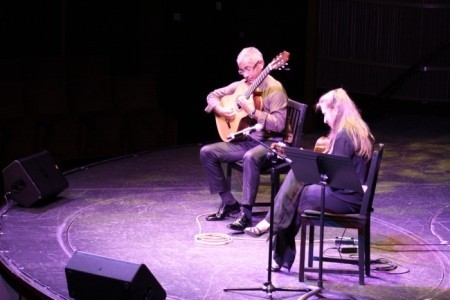 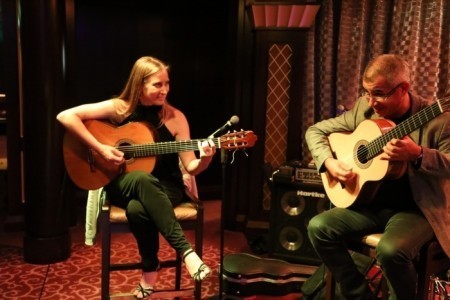 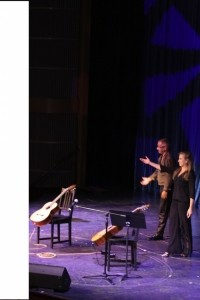 Request a Quote
Share this Page:
Click here to view all of our Classical / Spanish Guitarists on Entertainers Worldwide
Browse all Entertainment Hire options!