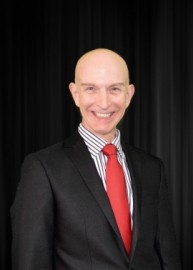 (no reviews)5.0
Country: United States
Based In: Douglas/Omaha, Nebraska
Performs: Worldwide
From: $3100

Primarily Clean act. High Energy. With over 4 hours of proven material. Observational, and Interactive Style. I can also be "Adult" if requested. I write new consistently. I have never repeated the same show. I adjust my shows to my audience.
: 402981XXXX Click here to reveal
full number

When contacting this member, please state that you are viewing their Entertainers Worldwide profile.
Request a Quote
Share this Page:
Profile Views: 1803
Report this profile

High Energy. Very Physical. I write about my experiences and observations of human behavior and interaction. I can keep it "High-Brow" or "Low-Brow" depending on my audience. I use a lot of Word-Play, and Innuendo. My style is basically that of a Story-Teller. But unlike the old style of story-telling, I have Punch-lines in nearly every sentence. My act is Positive. If I have a "Victim" in my routine, It's always Me. I don't pick on anyone. The most common comment that I get from Foreign audiences, is that I'm not a Typical "American" Comedian. The subject that I speak about are relatable to p ... eople, ni matter where they are from, or their age.

Bud Andersen Bio- Although my first comedic performance was at age 12, on the Gong Show. My actual debut as a Stand-Up, was December 9th, 1979. The club was, Oliver’s Back Alley, in Omaha, Nebraska.
In 1983, I was voted the Funniest Man In America, on Showtime. A cable network contest.
I went full time the following year, in October of 1984.
As of May 2017, I have headlined every state in America. Over 1100 cities, over 1500 venues. I have also headlined in every Province in Canada, 285 cities.
As well as over 700 cruises.
I currently have 5 hours of material. 3 1/2 hours of "Family ... Friendly", 1 1/2 hours of Adult.
However, I have written an estimated 36 hours of material, that I have done, or sold to other comics. I have written for over 55 comics. Some famous, some not. I currently write for 32 other comics.
I have won awards in several comedy competitions including:
Vail Comedy Competition. 1992 Overall Winner
San Diego Laugh Off 1994
Overall Winner
The Improv Comedy Competition (L.A.) 1995.
Overall Winner
Slapstick Comedy Competition (Reno Nevada) 1989. Overall Winner
I have also appeared on several Stand-Up shows on TV, including:
Showtime
HBO
MTV
VH-1
Much Music (Canada)
Fox’s Comedy Express
Comedy Central
Toured/Opened for:
Kenny Loggins
Dolly Parton
David Lee Roth
Wynona Judd
Hootie and the Blowfish
The Spice Girls
Dave Matthews Band
Toby Keith
I work clean, and always have. But I do have an “Adult” set that I can do, without swearing.
I primarily perform for Corporate events, and Cruises.
Laugh Daily – Bud Andersen 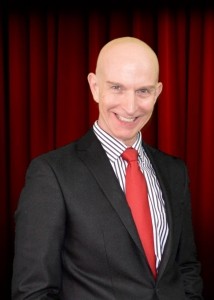 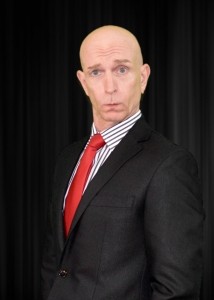 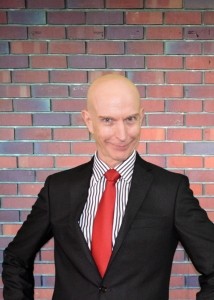 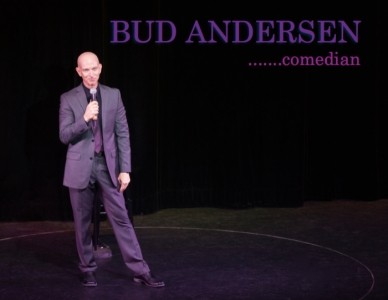 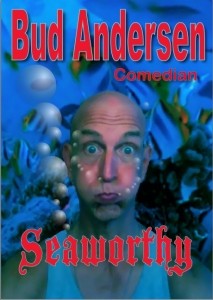 I have been a Full-Time Comedian for 35 years. After working Clubs for 18 years, I expanded into the Corporate and Cruise markets. I have performed at over 300 Corporate events. Over 700 Cruises. The past 19 years I primarily worked with Norwegian. I had a 90% standing ovation record. I've also worked with Royal Caribbean, Oceania, and Holland America. I have no problem adapting my shows to people from other countries. In fact, I've had audience members from other countries, tell me that I'm the First American Comic that they've enjoyed. I've had people tel me that they never liked Comedy, but ... I've "changed their mind". I've even had people tell me that I've "Changed their life.".
My show is not Scripted. It's never the same twice. I adjust to the Audience before me. Plus I add new material every week.
I "Play" the "Victim" in some parts of my show. In other words, If I point out an anomaly in a situation, it's not the people that are "wrong", it's my misunderstanding. So I become the brunt of the joke. However, this puts the Audience in My shoes. Therefore it's "relatable".
I learned a long time ago, it's not the audiences job to please me. It's My job to please them.
My show is Positive not Negative. I constantly say, "Do you know what I like/love?" Do you know what I think is funny?".
I never say, "Do you know what I hate?" Or, "Do you know what bothers me?"
I did some motivational speaking when I first began my career. I like my audience to leave, feeling good as well as happy.

I primarily worked with Norwegian for 19 years. Great audiences. Great crew.
I also did a few contracts with Royal Caribbean, Holland America, and Oceania. When these Lines changed Booking Agents, they wanted to meet my Agent in person. He refused, and my bookings stopped.
Holland did put me on a cruise where 80% of the audience didn't speak English, so I had a very small audience. They were good, but Holland later informed me that I needed to be more "diverse".
I never understood why they would book an English speaking act on a cruise where no one speaks English.
I love the ships. The au ... diences are great. The other acts are phenomenal. Seeing the world is an amazing way to expand my observations, and become better.

I have gone through Merchant Marine training. In order to work on the American ship in Hawaii, everyone had to be certified MMC.