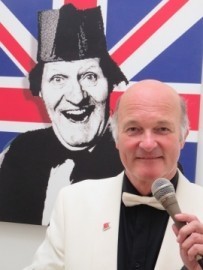 Clive is UK's No.1 tribute to Tommy Cooper Great, Clean, comedy and magic. Member of the Magic Circle for that special touch. Double Guinness World Record holder for comedy & magic. Full stage show (A Night out with Tommy Cooper) or as after dinner entertainment.
: 07860 29XXXX Click here to reveal
full number

When contacting this member, please state that you are viewing their Entertainers Worldwide profile.
Request a Quote
Share this Page:
Profile Views: 763
Report this profile

Up to 2 hours of stage non stop comedy, magic and mind reading
Close-up magic around the tables for fun and amazement
Ask about our complimentry video service, so your day is never forgotton by your clients, friends and family. Examples and full details on www.clive stjames.co.uk

Clive Greenaway's entertainment careeer began in a rather unusual way.
After leaving the army at 21 when he became the youngest driving instructor in the UK, Clive gained the record for passing every vehicle driving test (from two - thirty two wheels) and ran one of the country's largest driving schools. The RAC, impressed with his teaching and training ability, hired Clive as one of their road safety experts, a role which involved giving talks to large audiences.
Clive greatly enjoyed this part of the job and began using his sense of humour to help get his points across in a lively and ... interesting way. (To see more visit our KEYNOTE SPEAKER PAGE).
His success as a trainer and speaker led to his participation in the BBC's 'Celebrity Driving School' Channel 4's 'Mad, Bad and Dangerous' and a powerful road safety documentary 'CRASH'.
Before long Clive was in great demand throughout the UK as an after-dinner speaker for corporate events (Rolls Royce, Nissan, BMW), business groups (Rotary Club, Round Table) and Golf and Country Clubs. He won regular spots on 'The Big Breakfast' and 'Stand-up Live' and after gaining his Equity card he also appeared in numerous TV shows ('East Enders', 'The Bill' and 'Only Fools and Horses').
As well as being a busy after-dinner speaker Clive is also a first class magician. He is a member of the world famous Magic Circle and in 2012 became the first member of the Wessex Magical Association to win the Stage, Close Up and Comedy awards in the same year. He is the UK's No.1 tribute to Tommy Cooper and presents his full length T.C. act, featuring classic Cooper gags and magic, at a wide range of shows and functions. His after-dinner speech on Tommy's life is slick, fast paced and brimming with anecdotes.
Clive is an award winning member of Toastmasters International and past president of his local Toastmasters club. He has run courses in public speaking at Bournemouth University and Poole College, has a Diploma in Performance Coaching and regularly coaches clients who have to make important speeches for social or professional purposes. He has also worked for the BBC's Hostile Environment training program, preparing reporters and cameramen for conflict zones around the world.
Clive holds two Guinness World Records for being the fastest ever comedian and magician. He runs corporate and group master classes in the art of good old-fashioned joke telling, construction and laughter yoga entitled Stand-up CLive both for team building and as a fast track to making you the life and soul of the party.
To book or just have a chat with Clive (about your special event) or join the Tommy Cooper fan club he runs, call him now on 07860 290437 / info@clivestjames.co.uk / www.tommycooperfanclub.co.uk 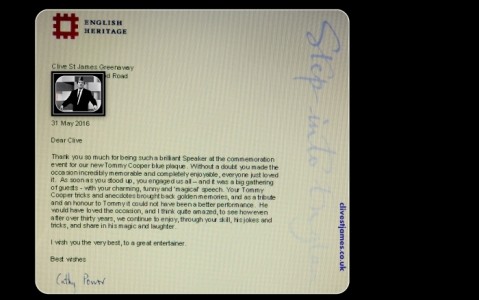 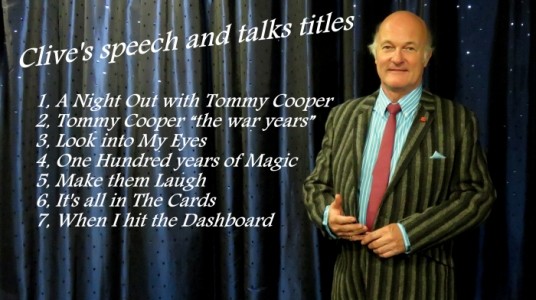 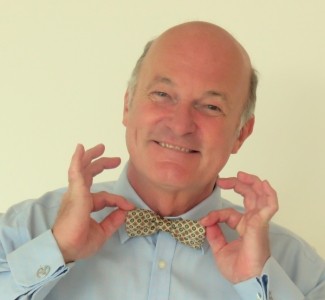 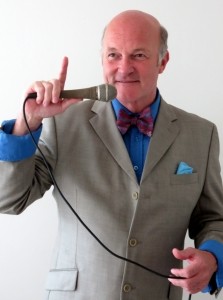 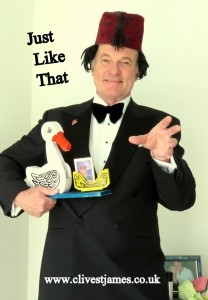 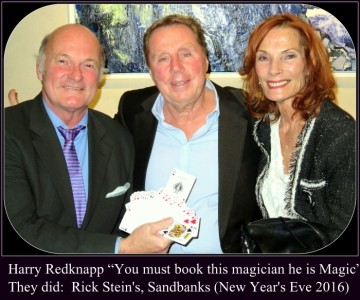 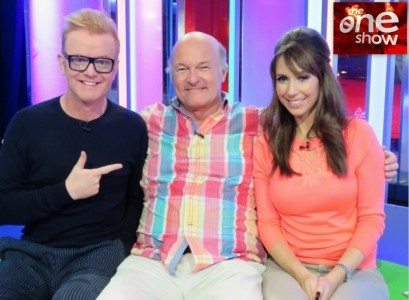 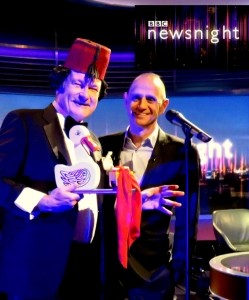 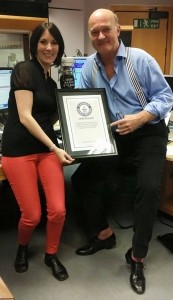 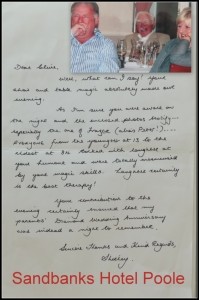 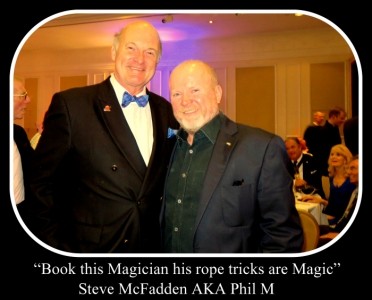 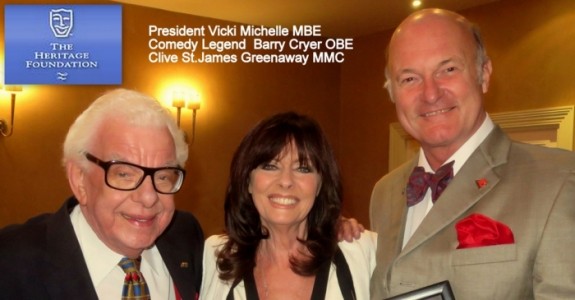 Everyone is always saying to me
We need our event, birthday, wedding, captains night to be very special, fantastic great fun and for our friends family and work colleagues, for them to be talking about this for the rest of the year and some more.
We want great photo opportunities, maybe audience participation
No one must be offended or to be made look a fool. This is not our idea of fun laughing at embarrassing moments at our family , friends and work mates.
So as you will see from my testimonials, they came to the right place... Can't wait to chat to you

I would like to add value to your party by making it very memorable, a 5 ⭐️⭐️⭐️⭐️⭐️star event to remember and be talked about for years to come! Ask about our complimentary video service with the highlights of your day. Ring Clive now, you will be glad that you did! 07860 290437
Here are a few recent kind words that have been said about me
Mark Woodhouse Hall & Woodhouse Brewery "I have booked Clive many times over the years he always exceeds my expectations and really adds something magical to our events" ⭐️⭐️⭐️⭐️⭐️
Rick Stein "a very magical n ... ew years eve at our restaurant in Sandbanks" ⭐️⭐️⭐️⭐️⭐️
Harry Redknapp "great magician book that man" ⭐️⭐️⭐️⭐️⭐️
Dr Manish Chitnis Dental Concepts UK "I have booked Clive for our corporate and private events he is just so funny and very magical I would highly recommend him" ⭐️⭐️⭐️⭐️⭐️
Steve Scott "I have booked you seven times into our theatres what more can be said " ⭐️⭐️⭐️⭐️⭐️
Rowena Bird Lush Cosmetics Poole "Clive made our special party at Highcliffe Castle very very magical" ⭐️⭐️⭐️⭐️⭐️
Dick and Anne Rowland "we have seen Clive perform many times and he always comes up with something new first-class entertainer" ⭐️⭐️⭐️⭐️⭐️
Jeff Mostyn Bournemouth FC Chairman"great entertainment Clive nearly got a couple of things right" ⭐️⭐️⭐️⭐️⭐️
Dorset fire brigade Hannah (event organiser) "Clive was a great host/auctioneer FAB close-up magician and a load of fun at our dinner dance" ⭐️⭐️⭐️⭐️⭐️
Lesley Lyle Laughter Yoga birthday party "a big hit at our party, all the guests loved you will you come back again?" ⭐️⭐️⭐️⭐️⭐️
Wendy Wait 70th birthday Royal Motor Yacht Club Sandbanks "you made my birthday lunch very magical" ⭐️⭐️⭐️⭐️⭐️
Alan Bentley Barrister retired "I first saw Clive in theatre. His slight of hand is just unbelievable! I have since booked him for three private parties here, at a castle in France and at our home in Spain. Looking forward to the next time" ⭐️⭐️⭐️⭐️⭐️
Janet Dibley (The two of us) "just great fun being up on stage with you Clive" ⭐️⭐️⭐️⭐️⭐️
Sarah Ali Choudhury TV Curry queen presenter "Ahhh, you were amazing Clive! Absolutely brilliant! I never used to be a fan of Tommy Cooper but you changed that!" ⭐️⭐️⭐️⭐️⭐️
Geoff Sewell Incognito Artists "Clive is the funniest comedian magician I have ever worked with" ⭐️⭐️⭐️⭐️⭐️
Jeff Mcbride Wonderground Las Vegas “Clive performed his close-up set and took part in my stage show he was very funny magical and seems to have a non-stop energy. I would book him again.” ⭐️⭐️⭐️⭐️⭐️

Fully insured and CRB Checked
Member of the Magic Circle, Former presendent for Toastmaster International
Double Guinness World record holder for comedy & magic.
Award winning Speaker, Magician & Comedian.
Member of Equity.
As seen on TV
Mission Statement:
Whether it's Close-up magic, Stand-up comedy, After Dinner Speaking, Wedding Entertainment Clive's goal is to surpass your expectations, to always leave you wanting more and to make your occasion talked about for years.