You are contacting Comedian D.T. Owens 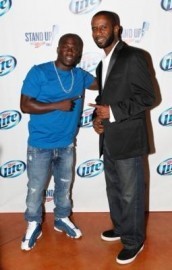 (no reviews)5.0
Country: United States
Based In: Birmingham, Alabama
Performs: Nationwide
From: Contact SoSofunny Productions, Inc. for bookings at (205)-563-1600

The Funniest and most Affordable Clean Comedian in the area. Has appeared on BET COMIC VIEW and most recently worked with Kevin Hart with the Miller Lite Comedy Competition in which D.T. Owens reached the national semi finals.
Request a Quote
Share this Page:
Profile Views: 110
Need Help?
✖