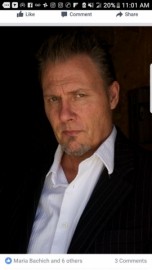 (no reviews)5.0
Country: United States
Based In: Kansas City, Missouri
Performs: Worldwide
From: $3500

Comedian Michael Joiner has won countless awards for his clean and sarcastic humor. His quick witted audience interaction and improv ability with the audience is unequalled in the world of stand up!
: 818415XXXX Click here to reveal
full number

When contacting this member, please state that you are viewing their Entertainers Worldwide profile.
Request a Quote
Share this Page:
Profile Views: 104
Report this profile

Comedian Michael Joiner has won countless awards for his clean and sarcastic humor. His quick witted audience interaction and improv ability with the audience is unequalled in the world of stand up!
His brand of comedy is, in a word, familiar. Not in the sense that you’ve heard it before, but more so that he knows you and you know him. He speaks about the things you are thinking in a way that sounds so much like your inner voice it is astounding. His effortless delivery will resonate with you.
In 2008, while living in LA, Michael was the 1st Place winner of the Hollywood Improv's ... "FUNNIEST COMIC IN L.A." and in 2010 he was a Christian Music Hall of Fame "COMEDIAN OF THE YEAR" nominee, Joiner has attracted wide praise for his routines that blend a sarcastic edginess with a devotion to clean humor. Joiner has headlined at The LA AREA Improvs, The Funny Bone, The Ice House and other comedy clubs across the country while also performing at colleges and sold out Clean Comedy Concerts nationwide. He's also written for "The Tonight Show With Jay Leno."
He has been performing nationwide for over 25 years and is rated one of the nation's funniest Clean Stand up Comedians. The TV Guide Network calls Michael "One of the funniest, most original, stand up Comedians working today!"
Michael is also the star of over a dozen faith based movies, including Sony Pictures "The Grace Card" and PureFlix new comedy, "Heaven Bound." 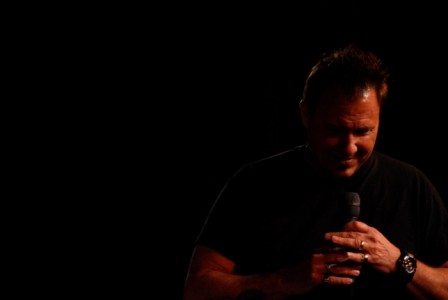 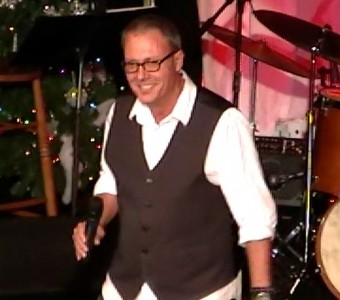 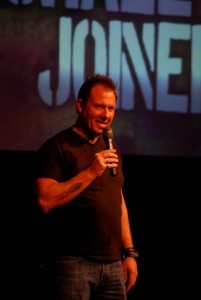 "Incredibly hilarious! (Michael Joiner's) comedy performance and IMPROV at our convention has reached LEGACY PROPORTIONS! That's all everyone is talking about! -Lisa Ray, meeting planner, FREEBAIRN & Co., Atlanta, GA
Michael Joiner was FANTASTIC!...He had people ROLLING IN THE AISLES!
WE WANT HIM BACK AGAIN!-Bonnie Loechner, Meeting Planner, Kansas Credit Union Association
"A PHENOMENAL PERFORMANCE!" The IMPROV AND AUDIENCE INTERACTION was just incredible! Tracy Pounders, The Laugh Factory, Fayetteville, NC
GREAT JOB! Michael had everyone in STITCHES!-Suzie sawyer, Director, C.O.P.S. ...
I GOT IN TROUBLE FROM THE PRODUCER BECAUSE I COULDN’T KEEP THE CAMERA STILL FROM LAUGHING SO HARD AT MICHAEL JOINER!"
CAMERAMAN CHONDA PIERCE TV SHOW
​
"DO NOT PASS THIS UP!
…Michael Joiner's spontaneity and wit CAPTIVATE!
Sharon Clay, Campus Events, Dir., Gordon College, Boston
"…The FUNNIEST COMEDIAN we've ever had on our cruise ship!"
Mo Day, Cruise Dir., Cape Canaveral Cruise Lines
"ABSOLUTELY AMAZING!
The audience COULDN'T STOP LAUGHING!"
Deanna Zwyers, ST.Louis, MO
"The Marines enjoyed Michael Joiner TREMENDOUSLY!...we can't wait to HAVE HIM BACK!"
- Richards-Gebauer Military Club, Kansas City, MO.
"For well over an hour I had the most enjoyable time of my life! ON a scale of 1-10 Michael Joiner was a 15!!!You proved that clean humor is wholesome and people can leave feeling good about themselves.
EVERYONE IS STILL TALKING ABOUT IT! PLEASE COME BACK SOON!"
-Milton Hubbard, Pastor, Living word Assembly, Chanute, KS
"(Michael Joiner) was a HOME-RUN! The first time our kids have ever given STANDING OVATION!
- Phil Waldrep, Phil Waldrep Ministries, OASIS 99', FL
​
"A PHENOMENAL PERFORMANCE!" The IMPROV AND AUDIENCE INTERACTION was just incredible!
-Pastor Tracy Pounders, Fayetteville, NC
​
"We Have booked many Comedians here, but none compared to the performance by Michael Joiner! Years later everyone is still talking about him!"
- David Young, Minister, N. Boulevard Church of Christ, Murfreesboro, TN