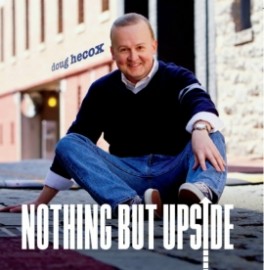 (4 Reviews)5.0
Country: United States
Based In: Washington, Virginia
Performs: Worldwide
From: please contact me for a quote

I am a professional comedian who has appeared with the biggest names in comedy, and whose TV appearances include CMT, CSPAN, CNBC and NBC's "Last Comic Standing." I primarily perform clean shows, but have ample adult material too.
: 240-476-XXXX Click here to reveal
full number

When contacting this member, please state that you are viewing their Entertainers Worldwide profile.
Request a Quote
Share this Page:
Profile Views: 2033
Report this profile

After two decades of making people laugh, Doug is still as fun as ever. Having first performed in college in 1989, then moving on to his first club gig at the Annapolis Comedy Club in Annapolis, Md., in 1993 with a then-ponytailed Rich Vos, Doug has worked in venues of all sizes across the country, from colleges and comedy clubs to conventions and motivational workshops.
Doug has the distinction of being the first comedian to perform in Washington, DC, after the terrorist attacks on Sept. 11, 2001. The show at the DC Improv proved that America wanted -- maybe needed -- to laugh, and that t ... he American people would not be intimidated. Laughter helped heal the nation's capital, an experience he wrote about for the Washington Post.
In Oct. 2005, Doug performed at the Laugh Factory in Times Square, New York City, only to have the show abbreviated by yet ANOTHER terrorist alert that closed the subways underneath the club. Suffice it to say, Doug has no love for the terrorists who seem bent on killing his comedy career.
Since then, Doug has entertained thousands, appeared on CNBC, XM Radio, National Public Radio, NBC, Country Music Television, and met lots of cool people (including many of his comedy idols) who think he's hilarious. He drank beer with George Lopez and Kathleen Madigan, drank a beer NEAR Wendy Liebman and Bill Maher, ate a burrito and gawked at strippers with Dom Irrera and Chris Coccia, had daiquiries with Emo Phillips, picked up girls with Mitch Fatel, drank Grey Goose with Doug Stanhope, told jokes to Will Durst (much to Durst's chagrin, mind you), got career advice from Brett Leake and Jeff Caldwell, and arranged tours of the US Capitol for Milton Berle's nephew Marshall.
Doug also once provided comedy coaching to Vice President Dick Cheney (visit www.DougFun.com to see for yourself!), and Doug's very funny book "Graze Expectations" was in Cheney's Vice Presidential Library at the U.S. Naval Observatory in Washington, DC. It may still be -- though it is more likely in a box somewhere in a warehouse next to the Ark of the Covenent.

Doug grew up on joke books and comedy records in Wyoming. Sadly, there are no comedy clubs in Wyoming so he moved to Denver and began performing for satisfied audiences throughout the Rocky Mountains and, eventually, moved to Washington, DC, where he began doing more political and topical humor. He travels frequently, and is popular with audiences everywhere. He has written jokes for Jay Leno and Stephen Colbert, published jokes in Readers Digest, written two books of humor, thousands of humor columns for newspapers and recorded two comedy albums. 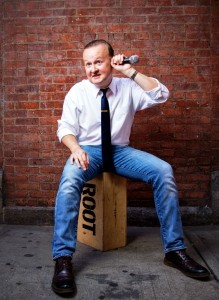 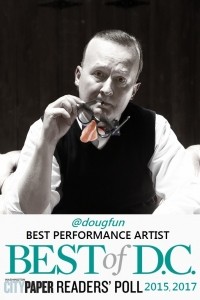 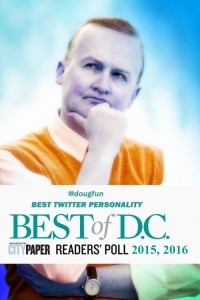 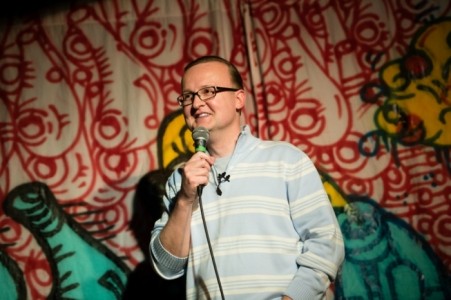 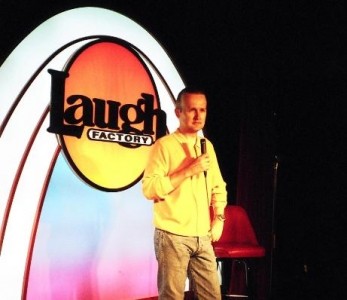 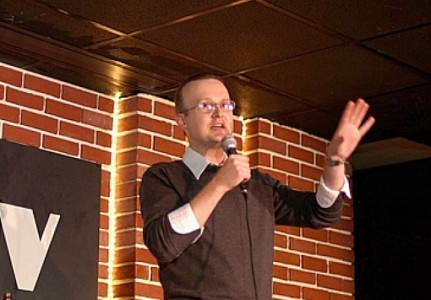 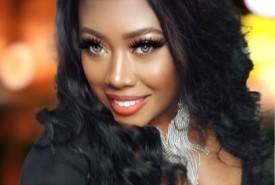