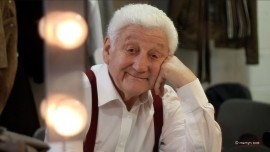 (no reviews)5.0
Country: United Kingdom
Based In: UK, North of England
Performs: Worldwide
From: Negotiable

One of Gt Britains best loved comedians. Starred in own TV shows and is very well known to UK cruise pax. Still at the top of his game after 50 years in the business.
: 01423 32XXXX Click here to reveal
full number

When contacting this member, please state that you are viewing their Entertainers Worldwide profile.
Request a Quote
Share this Page:
Profile Views: 1825
Report this profile

Freddie is one of the UKs best loved comedy performers.

Freddie's amazing career has taken him all the way from the tough working men's clubs of the North East to the hallowed heights of the Royal Shakespeare Company. Along the way there have been seasons at the famous London Palladium with Cliff Richard, television appearances with Judy Garland, and a legion of fans including Cary Grant. Born into a showbiz family in Brixton, London in 1937, Freddie was evacuated during the war, eventually ending up in Salford, Lancashire. Just around the corner from his home was the Salford Hippodrome, where young Freddie's passion for comedy and theatre first ig ... nited. From the age of four onwwards he was taken to watch his grandfather, variety comedian Jack Herbert, and other acts from the wings, an apprenticeship which was to prove invaluable in later years.
By the time of his demob from National Service in 1958 Freddie's mind was set on showbiz and he became a famous Butlins Redcoat, working alongside Dave Allen, Jimmy Tarbuck and Mike Newman. Performing every week in their large theatres, and running the Tombola, he learnt to talk to audiences, and in the off season honed his skills by trial and error in the clubs. By the time Freddie left Butlins to be a full time comic in 1963 Samuel Tweet, his "Parrotface" character, was only a few months away, and the following year, on August 1st 1964, an appearance on TV talent show Opportunity Knocks shot Freddie to overnight fame. He became one of Britain best loved comedy characters appearing in over 500 Television and Radio shows with his unique stand-up routine. In the 90s Freddie began another career as an actor, appearing in many television drama series including Casualty, Heartbeat, Preston Front, Hetty Wainthrop investigates, Band of Gold, Medics, Micky Love, Last of the Summer Wine and two series of Harbour Lights along with appearances on My Family, Born and Bred and Sensitive Skin. On stage he has starred in several nationwide theatre tours including the stunning RSC production of The Secret Garden at the Royal Shakespeare Theatre in Stratford-upon-Avon followed by a run in London’s West End at the Aldwych Theatre. He has recently donned his trademark homburg hat again to top the bill in the Best of British Variety Tour which toured the country in 2013 and 2014. Perhaps Freddie's most famous onscreen role is as Bruno Parker in Peter Chelsom's 1994 cult classic Funny Bones, a film informed by Freddie's knowledge of comedy and inspired by his tales of his grandfather. Freddie co-starred with Jerry Lewis, Leslie Caron, Oliver Reed and newcomer Lee Evans. More recently, his appearance as a talking portrait in Harry Potter and the Prisoner of Askaban film has brought fan letters from a new worldwide audience. Freddie lives in North Yorkshire with his two Cavalier King Charles Spaniels Daisy and Dottie.
His autobiography Funny Bones: My life in Comedy was published on July 31st 2014 to coincide with the fiftieth anniversary of his debut appearance on Opportunity Knocks. 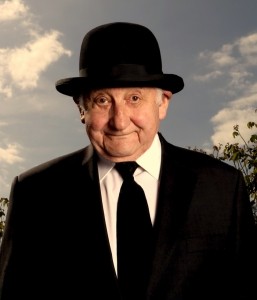 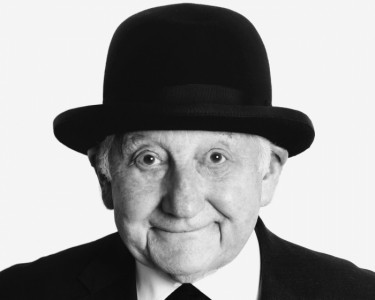 50 years of experience with all types of entertaining.