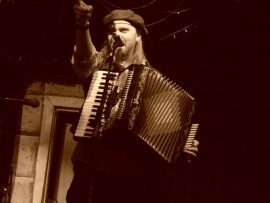 (no reviews)5.0
Country: United States
Based In: Fort Collins, Colorado
Performs: Nationwide
From: $600

It has a "meta" element to it which appeals to newer audiences, but isn't inaccessible to older ones. The comedy relies on juxtaposition and commonality; things most people will understand turned on their head. I play an accordion, which allows me to do several comedic songs and undergird my one-liners and anecdotes with an appropriate, live soundtrack. Beyond that description, one simply needs to see the act.

I use two BIOS:
Preferred BIO:
Head spinning in a caffeinated fugue, Kevin Bennett once found himself shredding down a Martian ski-slope with a thousand irate Nephilim howling in his wake. On the way, he rescued twenty damsels, had lunch, and fully calculated Pi. This was all before he learned to play the accordion. Now he has been banned from France. And is wanted in several countries. Which has predicated the need for a serious, nonchalant, unremarkable alias: FRENCH ACCENT.
"Professional" BIO
Kevin Bennett's been shaking it up around the U.S. for the last couple years. From K ... lamath Falls, Washington to Saint Augustine, Florida, he's been playing American pinball with great zest and a shoestring budget. He has four years' theatrical training and a varied style including multiple characters and layered humor that will keep you laughing and give you something to talk about the next day. 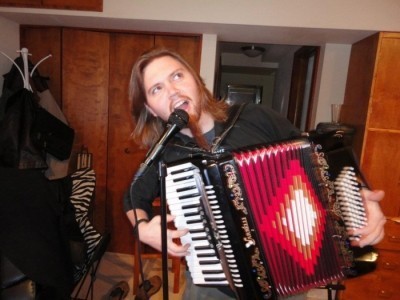 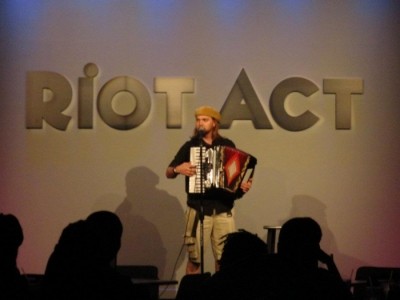 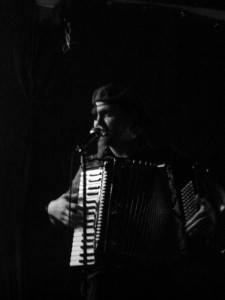 I've worked "Clean" and "Adult" for over an hour at multiple venues in over half the continental United States.