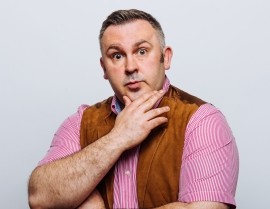 (no reviews)5.0
Country: United States
Based In: Chicago, Illinois
Performs: Nationwide
From: Contact

Jamie Campbell is a Chicago-based stand-up comedian who performs all over the United States. His albums have topped the Amazon Comedy Bestsellers list! In 2013, he was named Chicago's "Best Stand-Up Comedian" by The Chicago Reader.
Request a Quote
Share this Page:
Profile Views: 1380
Report this profile

Jamie Campbell was named Chicago’s “Best Stand-Up Comedian” in 2013 by The Chicago Reader. His debut album, Tell Me You’re Proud of Me debuted at #1 on the Amazon comedy charts, making waves nationally. Jamie just wrapped up a tour of the United States in support of his album, and is currently based out of Los Angeles. His high-energy blend of comedy weaves unbelievable personal stories through a self-deprecating lens that often leaves him at the receiving end of his own joke.
A favorite on the festival circuit, Campbell was specially-selected by the sister of the late Andy Kaufm ... an to perform in Chicago’s TBS Just For Laughs Festival. Additionally, Jamie has appeared at the New Orleans Comedy Arts Festival, Austin’s Out of Bounds Comedy Festival, The Kansas City Improv Festival, The Cleveland Comedy Festival, The Columbus Unscripted Improv Festival, The Big-Little Comedy Festival, and more.
Jamie started his career in Chicago and performed on virtually all of The Windy CIty’s major stages. A regular performer at Laugh Factory , Jamie also founded 100 Proof Comedy, one of Chicago’s longest running stand-up collectives.
Jamie has shared the stage with countless notable comedians, including Tim Meadows, Hannibal Buress, Mark Normand, Laurie Kilmartin, Cameron Esposito, Sean Patton, Scott Adsit, & more. He has been heralded as a “bombastic genius” by Dan Telfer of Comedy Central’s @midnight. Ryan Budds, producer on MTV2’sRidiculousness, calls Jamie “one of the fastest and funniest comedians and actors I’ve ever worked with.”
Jamie is available for private events, touring dates, and anything in-between. He has performed for packed festivals, comedy clubs throughout the nation, birthday parties, and Fortune 500 clients. To book Jamie for your event, email jamie@jamiecampbellcomedy.com.

Jamie Campbell is a Los Angeles-based comedian and actor who recently wrapped up a tour of the United States in support of his debut album, Tell Me You’re Proud of Me. Released on Mint 400 Records, the album debuted at #1 on the Amazon comedy charts. He has been heralded as a “bombastic genius” by Dan Telfer of Comedy Central’s @midnight. Ryan Budds, producer on MTV2’s Ridiculousness, calls Jamie “one of the fastest and funniest comedians and actors I’ve ever worked with.”
A favorite on the festival circuit, Campbell was specially-selected by the sister of the late Andy K ... aufman to perform in Chicago’s TBS Just For Laughs Festival. Additionally, Jamie has appeared at the New Orleans Comedy Arts Festival, Austin’s Out of Bounds Comedy Festival, The Kansas City Improv Festival, The Cleveland Comedy Festival, The Columbus Unscripted Improv Festival, The Big-Little Comedy Festival, and more.
In Chicago, where he began his career, Jamie was a regular at Laugh Factory, and a founding member of the popular stand-up collective 100 Proof Comedy. In 2013, he was named Chicago’s “Best Stand-Up” in The Chicago Reader’s annual Best of Chicago issue.
One of the nation’s top improv performers, his appearance on Jimmy Carrane’s popular Improv Nerd podcast put him in the company of a veritable “Who’s Who” in the world of comedy, including Bob Odenkirk, Key & Peele, Jeff Garlin, and Broad City. He was an original member of the house ensemble of The Annoyance Theatre and a veteran of ComedySportz Chicago.
As an actor, Jamie had a stand-out appearance in last year’s indie feature Sex Ain’t Love. He has a starring role in the popular webseries Lunch & Learn, and recently made his network television debut on NBC’s hit series Chicago Fire. He is currently in the midst of starring in a project directed by Queen of Comedy Adele Givens. Additionally, Jamie hosts the podcast Hard In America, where he interviews people from all walks of life who are chasing their dreams. Look for his EP, Stocking Stuffer, this holiday season on iTunes and anywhere that quality comedy is sold. 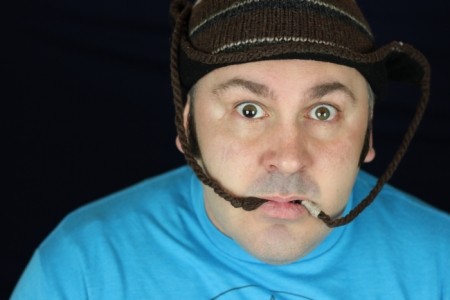 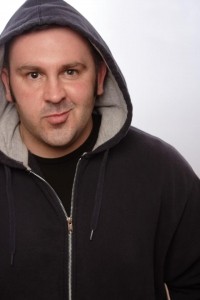 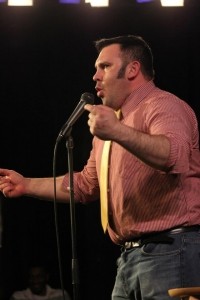 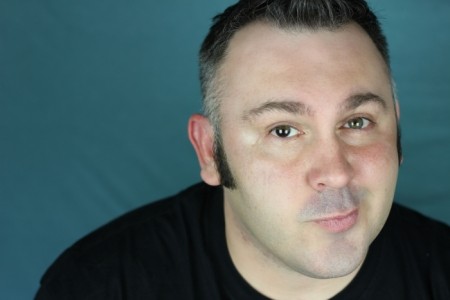 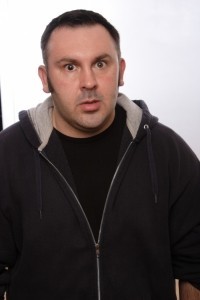 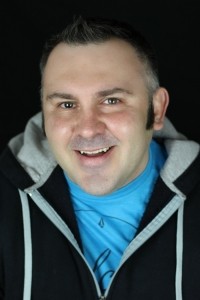 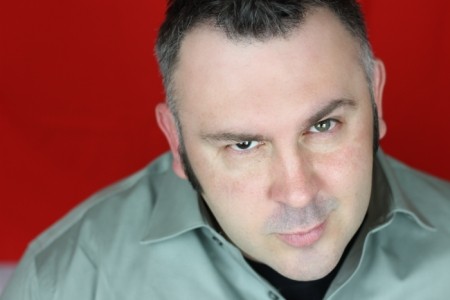 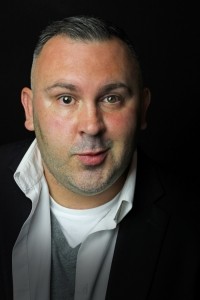 I can make my performances any rating, from H/R friendly to uncensored late-night naughty. I often customize my show to the audience, in order to make each show special and unique.
One thing that I offer is something I call the "Bucket of Dumb." For this, I place a bucket at the theater entrance or onstage prior to the show, with strips of paper. I invite the audience to write any topic they want onto the strips of paper and place them into the bucket. During the show, I take out the bucket and riff off of the audiences suggestions. This segment is entirely improvised, and makes the sh ... ow special for the audience, because no one else gets to see the show they are experiencing.