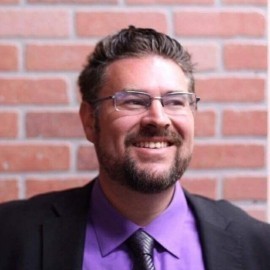 (no reviews)5.0
Country: United States
Based In: California
From: $500

Jesse Egan started doing stand-up comedy after a summer road trip took him from his hometown of Washington DC to the west coast. He was named part of the Best of San Diego at The Comedy Store in La Jolla California and in 2014 Jesse won first place in the San Diego’s Funniest Person Contest.
Jesse currently travels the country with Vicki Barbolak from America’s Got Talent as part of the Trailer Nasty Tour. He is the most recent host of Tonight in San Diego, San Diego’s very own late night variety talk show on CW6 TV. You can see Jesse’s nationally televised spots on KPBS TV and he’s ... also appeared on Union Tribune TV, Fox Rox TV, and in the documentary film Stage Time.
Jesse performs stand-up comedy all over the country and has opened for Chris D’Elia, Theo Von, Dane Cook, Doug Stanhope, Joey Diaz, Brian Posehn and many more. Jesse co-hosts two podcasts, Comics Talk Comedy, with comedian Jeff Bilodeau, and Sordid Tales, with San Diego columnist Edwin Decker.
Jesse’s comedic influences range from Dave Chappelle, Rodney Dangerfield, Richard Pryor, Dean Martin, Peter Sellers and Charlie Chaplin. Catch Jesse performing at clubs and colleges in your area or on Tonightinsandiego.com!

Has performed comedy for 13 years in a wide array of venues for a variety of crowds all over the country, hosted TV and radio shows, emcee’d for roasts, private parties, fraternities, religious groups and every other conceivable place where people need laughs!