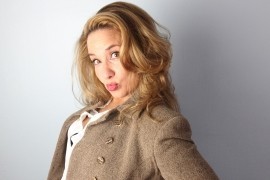 "the Excellent Maija" New York's Time Out Magazine renamed her, one of "the funniest, unique voices..

Comedian Maija Sylvette DiGiorgio, "the Excellent Maija" as New York's Time Out Magazine renamed her, is one of "the freshest, funniest, unique voices to grace the microphone".
Maija has been featured on HBO's Sex & The City, Netflix "Uncontrolled Comedy Hour", Showtimes "Michael Vick Comedy Explosion", HBO Comedy Jam, NBC's "Comics Unleashed", "Comic View", "The HOT 97 Morning Show with Ed & Maija” (NYC's #1 radio station), and even received numerous standing ovations on her television appearances broadcasted from NBC’s “Live from the Apollo”.
She has rocked stages with as well as f ... eatured for Dave Chappelle, Kevin Hart, Dane Cook, Wanda Sykes, Jim Norton, Lisa Lampanelli, Jeffrey Ross, Louie CK, Mike Epps, Tracey Morgan and more.
She has performed on major stages from the A comedy venues in New York City including the Comedy Cellar and Caroline's to the NYC's Iconic Beacon Theater, from Legendary Stand Theatre in Louisiana to the HBO Comedy Arts Festival, from Scotland's Edinburgh Festival to performing for our Troops in overseas in Korea to Okinawa to Japan and everything in between.
New York's Daily News warns "Don't miss Maija, catch her before TV audiences do". 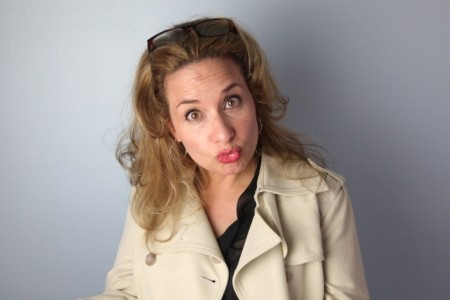