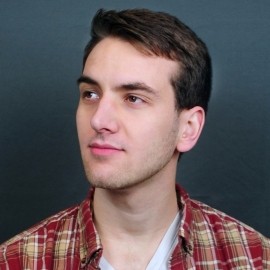 Matt Banwart is a stand-up comedian, who has been fortunate enough to win over many rooms with his quick-witted jokes, observations, and silly stories. As a comedian, Matt has played colleges, conferences, and independent clubs all over the US.
Request a Quote
Share this Page:
Report this profile

Matt Banwart is a stand-up comedian, who has been fortunate enough to win over many rooms with his quick-witted jokes, observations, and many stupid stories. As a comedian, Matt has played independent clubs all over the midwest He has performed in thousands of shows from Colleges, Corporate Events, Charities, Churches, and (way too many) Bars.
He is willing to travel all over the country and can perform up to 45 minutes of stand-up comedy. If it is appropriate for the event, Matt can provide his own opening/feature act for a small additional rate.

Matt is passionate about putting smiles on people's faces, on and off stage! Originally starting in improv comedy, Matt has now been traveling and performing stand-up comedy for just under a decade!
He starred in and produced the Transparent Comedy Tour web series, a show that highlighted comedy across the United States. Matt has opened for Nick Guerra, Julian McCullough, Dan St. Germain, & Heywood Banks. He was recently in the Floodwater Comedy Festival, Beast Village Comedy Festival, and Madison Comedy Week
He has been a regular on the History Made Up Podcast and appeared on podcasts ... such as Wild Wasteland, and a Drunken Night Out. Apart from standing up he is a 3x Des Moines Improv Comedy Death Match champion, producer and host of Late Night 5 and Sticks & Stones at the Lincoln Lodge, in Chicago, and co-founded the still-running Parents’ Permission Required show in Ames, Iowa. 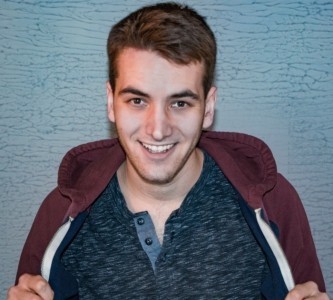 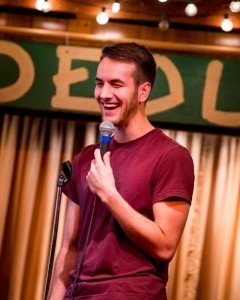 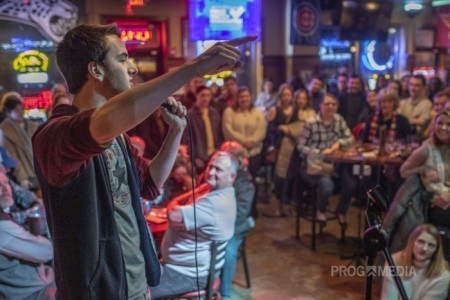 Matt can provide up 45 minutes of virtual stand up comedy, and will even provide his own opener and feature acts if that would be appropriate for the event.