You are contacting Russ Williams 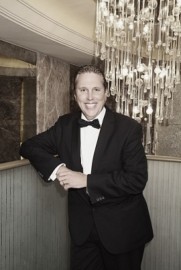 (no reviews)5.0
Country: United Kingdom
Based In: Aylesbury, South East
From: Contact

Russ Williams was born in London and has been in show business all his life. Following a successful five years of radio presenting, Russ moved into the world of comedy. This has seen him appearing on numerous television shows and completing four national theatre tours.
Request a Quote
Share this Page:
Need Help?
✖