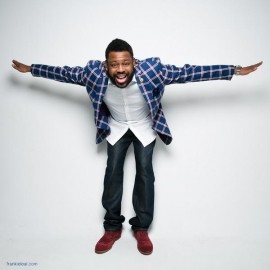 Steve Wilson is one of America's fastest rising comics, "If you haven't seen his show live, you're missing a great time!" The Los Angeles Times says, "We shouldn't laugh but we couldn't help ourselves." He makes you laugh at him so much you appreciate your own life.
: 716228XXXX Click here to reveal
full number

When contacting this member, please state that you are viewing their Entertainers Worldwide profile.
Request a Quote
Share this Page:
Profile Views: 779
Report this profile

Because Im a regular at The Comedy and Magic Club in Hermosa Beach - I fit every cruise ship demo.

Steve Wilson is one of America's fastest rising comics, "If you haven't seen his show live, you're missing a great time!" The Los Angeles Times says, "We shouldn't laugh but we couldn't help ourselves."
Wilson grew up in Buffalo, New York, in a house full of women, which shaped his warped comedy on life, family, and relationships. Wilson has been seen on several television shows including BET's Comicview, Showtime at the Apollo, and ABC's Comics Unleashed and The World Stands Up on the BBC in London, England.
Recently, he was also on Comedy Central's Live at Gotham, AXS TV Gotham Comedy Li ... ve. He also can be heard on The Bob & Tom Show, Playboy Radio and just recently made a career move from his syndicated radio show to a hit underground Unstable'd Podcast,
Wilson has been the opening act for singer Brian McKnight and has performed for sold-out crowds around the country. Wilson made it to the semifinals of Last Comic Standing, season six.
Don't miss a good time, check him out!