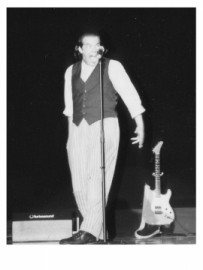 (no reviews)5.0
Country: United States
Based In: Las Vegas, Nevada
Performs: Worldwide
From: $500

I am a Variety Comic. Proficient at all types of Juggling. Musically I play Accordion; Ukulele; Harmonicas & Washboard. It's always FUNNY. Below is a link to my 'Art' website.
: 702-724-XXXX Click here to reveal
full number

When contacting this member, please state that you are viewing their Entertainers Worldwide profile.
Request a Quote
Share this Page:
Profile Views: 516
Report this profile

My act is a cross between Rip Taylor; Steve Martin; Victor Borge; Spike Jones & Pete Barbuti, etc. It's clean, odd, silly & all centers around humor. I am a proficient juggler & use it as a vehicle for my personality. So instead of juggling 7 balls, I'd rather take some comical angles & juggle 5. Same w my music. I have showstoppers... but I prefer to perform my whacky musical routines 1st. I am actually starting to tape things on You Tube so stay tuned!

Began as a clown w Ringling Bros [Blue Unit]; Then off too Disneyland for about 7 years & then numerous cruise ships. I became a WGA comedy writer for a few CBS TV shows & continued to do my various acts at fairs; conventions; the Magic Castle etc. [Even had my own kooky lil cable show for a couple of years.] 5 years ago I moved to Las Vegas & worked as a duo accordion plus act. [Plus means I also played Banjo; Ukulele; Harmonicas; Washboards, etc] We performed at conventions; The Fringe Festival & played music for several hours at a few local restaurants. 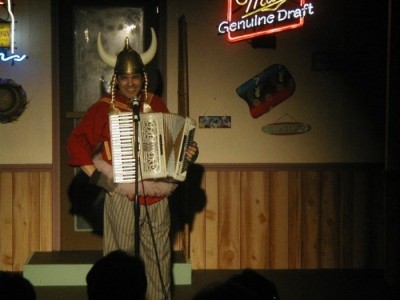 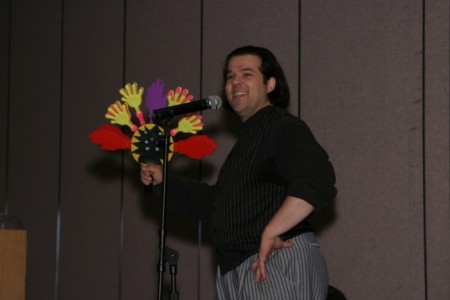 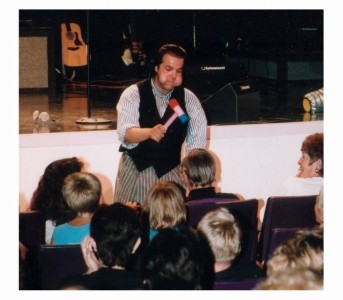 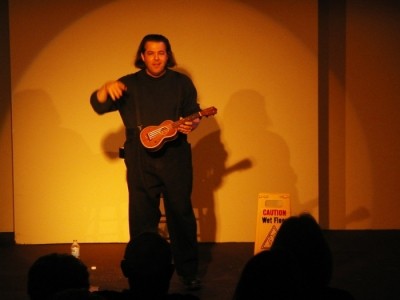 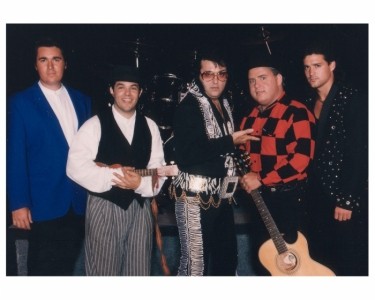 Working Ringling bros; Disneyland & Cruise Ships truly helped me understand my craft & persona. I work clean therefore I have to be quite skilled at the joke telling & rapid fire material. Today things have really become filthy so I stand out since I am not only clever & clean but I actually have an 'ACT'. I don't rely on shock. And even though showing off is supposed to be my end game; getting them to laff is truly far more rewarding & memorable.

I headlined the Clowns of America convention. [It's now called Family Entertainment & Variety since clowns have been demonized] I taught several classes. Performed a few 'firesides' & performed as their banquet headliner. They've already asked me back for next year.

It's very very hard to brag & explain how funny I am. [And gr8 art & comedy is quite often very subjective.] I draw a comical art piece daily & post it on my Face Book Page & also Tweet 3 jokes ever day for Twitter. Search either 'Boobiehatch' or Timothy Simpson.

Everything I do is saturated w comedy. Whether music, art or comedy... both can b informative & entertaining... my favorite philosophy is ‘Show don’t tell’.