You are contacting Tony Vino 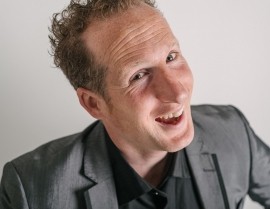 Versatile hilarious comedian adept at all occasions from comedy clubs, to corporate events to big festivals. He is best known for the way he seamlessly mixes well thought out observational humour with audience interaction and quick witted responses.
Request a Quote
Share this Page:
Profile Views: 943
Need Help?
✖