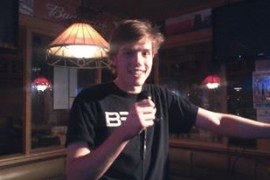 (no reviews)5.0
Country: United States
Based In: Austin, Texas
Performs: Regionwide
From: Contact

Wes Corwin is a funny, weird something. He gets on stage, tells jokes (arguably) and at some point you realize you're enjoying it. Based in Austin, Texas he is available to perform at your next event.
Request a Quote
Share this Page:
Profile Views: 969
Report this profile