You are contacting Craig Petty 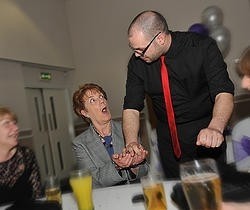 Craig Petty is considered one of the top close up magicians in the UK and has won numerous awards in the field including British Magical Society Parlour Magician of the Year 2013. He has represented the UK twice in the European Close Up Magic Championships
Contact Me / Request a Quote
Share this Page:
Profile Views: 6840
Need Help?