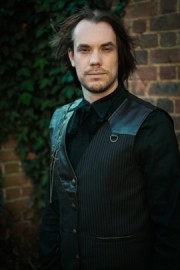 Darren McQuade is one of the UK's top Close-up and Stage Magicians. He is the producer and host of The Magicians Shocase, London's top magic night! Based in the South East of England, Darren is available to perform at Weddings, Parties, Corporate events and more.
Request a Quote
Share this Page:
Profile Views: 612
Report this profile

Darren McQuade is one of only a small handfull of full time professional magicians, having performed all over the UK, astonishing thousands of people along the way.
He can mingle with all your guests at any event performing close-up magic, which has become incredibly popular over the last few years following its big success on TV from the likes of David Baline and Dynamo. Forget stages, trap doors and mirrors, this is magic right in your face, up close and personal. Cards change in your very own hand, objects float and things vanish then reappear right before your eyes!. Close-up magic is ... a great versatile form of entertainment, perfect for fitting into any event you have planned, wether it's a wedding, birthday or corporate event and by hiring Darren you will be sure everyone is entertained. His magic is loved by children and adults of all ages and will be the talking point of the day. Since Darren performs for small groups at a time, it doesn't interfere with the whole occasion like a singer or other stage act would.
Of course it is not just close-up magic. Darren is also a popular stage performing, amazing large groups. He has performed at The London Palladium and is the host/producer of The Magcians Showcase, London's top regular magic night that sells out every time! He can perform a full act, a small spot of even host a whole show.
Contact Darren today to find out how he can add some magic to your event!

Darren was born on 16th March 1983. He spent most of his early life living in Grays, Essex, attending Thameside and The Grays School before moving on to Thurrock Technical College to earn an A-level in Art and a National Diploma in Graphic Design.
He had various interests as a child, but the only thing to stick was magic (apparently being a Ghostbuster or a Ninja Turtle wasn't a viable career option) which he moved straight into after leaving college.
He has gone on to become on of the counties top magicians, bringing joy and amazement to thousands of happy clients!
He is also an ac ... tor, having studied at LAMDA and RADA. His most recent credit include playing George Antheil in BBC's Revolutions, Garrick the Red in Scavvers but his favourite is a small cameo in Star Wars: Rise of Skywalker where he played First Order Technician and First Order Gunner.
Darren became interested in magic at a very young age. His fist magical experience was seeing the legend Paul Daniels on TV when he was four. He soon became obsessed with studying the art of magic and learnt his first tricks from 'Ali Bongo's Book Of Magic', a gift given to him from his Nan, which he also still has to this day.
It was not long after this that he received his first magic set for his birthday and he soon began putting on shows for his friends at school. He kept learning all the new tricks he could, and tried to watch as much magic as possible. His favourite magicians were, and still are the bad boys of magic. Penn & Teller.
After leaving college Darren got a job working for a magic shop in the Lakeside Shopping Centre, selling beginners tricks to the public. This was an improtant part in his career as it gave him plenty of experience performing for strangers on a constant basis (he was a pretty good sale man as well)
After a couple of years he decided to take his magic to the next level performing at various events and advertising his services, bringing in plenty of private bookings including weddings and birthday parties.
He then went on to become the resident in house magician at Castaways Entertainment Restaurant for five years, another important step in his career development giving him plenty of experience that
other magicians can only hope for.
Darren is also a trained actor which gives him an edge above a lot of other magicians. He also performs stand-up comedy, and improvisational comedy, skills that are essential with the audience interaction that close-up magic requires.
His next big show could be yours.......... 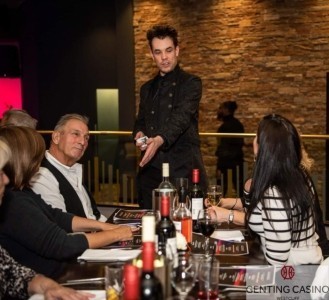 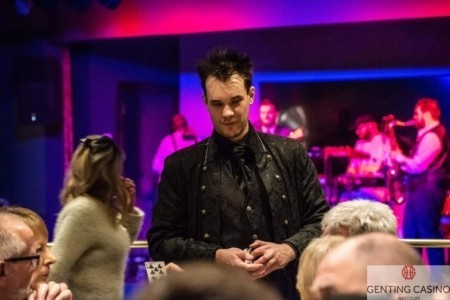 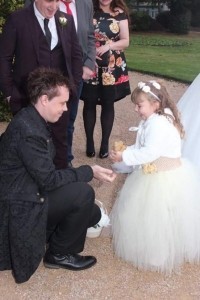 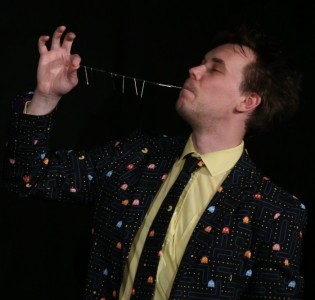 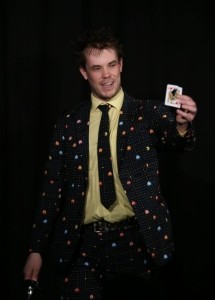 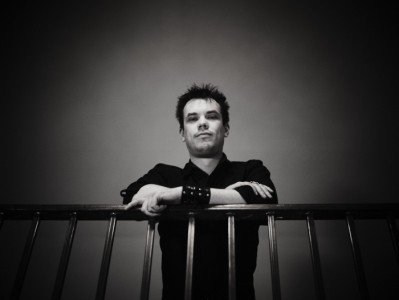 Darren has been interested in magic since the age of 5 giving him over 30 years experience in the magical arts, turning proffesional at the age of 18. He has worked in every sort of situation you can imagine and would add the perfect extra special touch to your event.

Darren has worked for some of the top venues around the UK so you are ensured a quality performance.
He spent 5 years as the resident magician at Castaways Entertainment Restaurant whcih was the largest venue of it's kind in the country. He has also worked for Genting Club for special events at many of their casinos located throughout the UK.
Darren has also appeared at the prestigious London Palladium, a venue that only the very best get to play.
Other clients include Borders Book Ltd, Circle 33 Housing, Royal Mail, Barking Council and many more.....