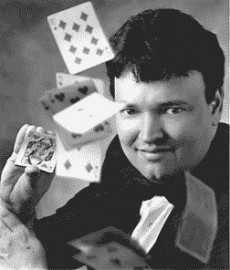 The perfect entertainment for your guests - David has performed at top celebrity events in Los Angeles and beyond! His magic WILL Blow Your Mind and your guests will rave about him for years to come! He is based in Los Angeles, California and is available Worldwide.
Request a Quote
Share this Page:
Profile Views: 994
Report this profile

ABOUT DAVID'S CLOSE-UP SHOWS:
David's 'walk-around' magic is quite different from any you've seen. His highly original magic happens with his sleeves rolled up, right before your eyes, often right in your hands. When not laughing or shaking their heads in disbelief, the audience's number one reaction is "You blew my mind!"
David's close-up Magic is the most intense magic David performs, where he really "pushes the envelope." This more intimate show is a favorite after-dinner program that David performs throughout the country; and it's the only show that includes his "World's Greatest Card ... Effect."

He has baffled and amused the entertainers backstage at Comic Relief and the American Music Awards, and was one of three magician at the World Premiere Party of "The Incredible Burt Wonderstone", at wrap parties including Spiderman II and Planet of the Apes. David performed with Barry Manilow (literally "with") during the finale of his Manilow on Broadway tour, entertained the crowds pre-show at a special concert given by Debby Harry and Blondie, headlined a show at the Bel Air Country Club (where Mac Davis opened for him!), David has been the magician for all of Hugh O'Brian's events for the ... last decade so far, starred for two years with the famed Rosier Players, made over 3000 performances on Amtrak's Coast Starlight, performed on the International Channel's world-wide telecast Kobe Earthquake Relief Telethon, and was even on ABC-TV doing magic for food critic Elmer Dills. David headlined at the Tropicana Hotel in Las Vegas where he performed his "Magic to Blow Your Mind" to a standing ovation crowd. David was the "Magical Emcee" for a show with comedians Jeff Rothpan, MadTV's Frank Caliendo and singers Ty Herndon, John Michael Montgomery and Patti LaBelle.
David has worked nationwide including as a special guest performer at the Interlochen Center for the Arts (where he received the coveted "Bravo Award"), at the Michigan Shakespeare Festival, at Wonderama opening for the Ron Pearson comedy SpitWads, and for three years at the OK Mozart International Music Festival -- selling out all of his Showcase Magic performances. There was so much demand for tickets that the festival added extra performances each year -- which also sold out immediately. He starred in the Rosier Players 100th Anniversary Celebration, performed with Dick Van Dyke for the Oak Park Theater, provided the magic at the "Monsters, Magic & Mystery Ball" for the Lake Arrowhead Ballet Company, headlined a series of shows at the Footlight Theater, and performed for Daily Variety.
David has also been the only magician to perform for the "Circle of Hope" theatrical teas - and has performed at each tea (usually two a year) for the past ten years. And in some kind of endurance record, David performed for 11½ straight hours at the 40th Anniversary of Art's Deli right after four days of performing on the Coast Starlight train! 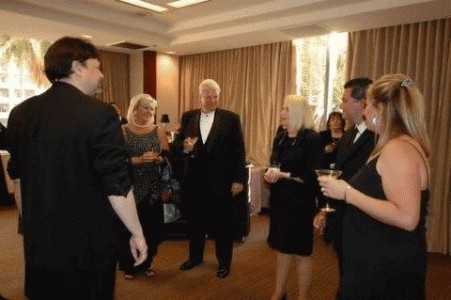 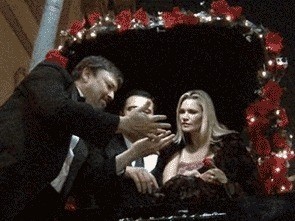 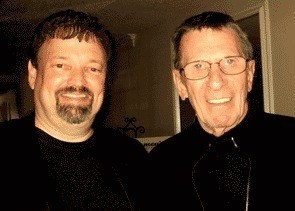 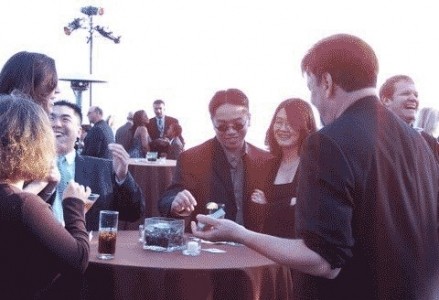 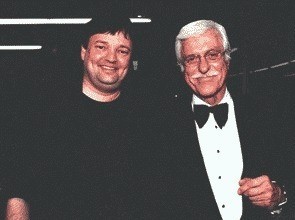 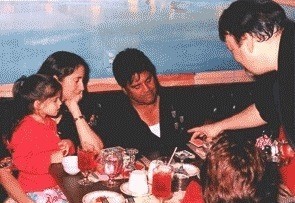 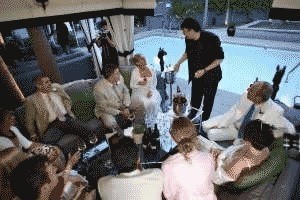 David is a proud member of:
The Academy of Magical Arts, Inc. -
The Magic Castle in Hollywood
The Society of American Magicians (Presented with the "Alliance of Harry Houdini Award", 2011)
The International Magicians Society
Full Professor - The Camelard College of Conjuring of Chemmis
SAG-AFTRA (Screen Actors Guild & American Federation of Television & Radio Artists)
The American Guild of Variety Artists
David has a current City of Los Angeles Business License and carries $3,000,000/$5,000,000 Liability Insurance.