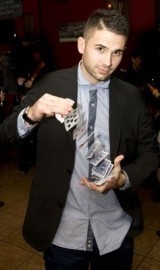 Magic AL (Alex Welsh) is of a new school of entertainment, pushing through his own unique brand of freestyle magic - astounding close-up magic with common, everyday objects performed in a spontaneous and random manner!
Request a Quote
Share this Page:
Profile Views: 629
Report this profile

Magic-Al is one of the UKs top 'street magicians' and has created his own brand of magic - Freestyle Magic
WHAT IS FREESTYLE MAGIC?
"It's a blend of mind reading, street magic and pure madness!" With Alex you can expect modern and creative Magic that happens in YOUR hands, often with YOUR items. Forget wands and coloured scarves, Alex believes audiences are more sophisticated and deserve the very best in the art of cutting edge close-up magic.
IT'S LIKE IMPROV OR 'JAZZ MAGIC'
Most tricks are performed with objects that are already lying around or on your guest's person such as coins, r ... ings, cutlery, watches, driving licences, cigarettes, salt shakers , keys etc - You can even bring your own pack of playing cards along. This makes the magic more memorable as it connects with the spectators and feels more "in the moment" and personal.
Your special day will be talked about for many years to come.

After leaving School in 2001, Alex started performing at various bars and clubs and gained the nickname, “Magic-Al”.
“I felt I needed more stability at the time as the gigs were few and far between so I went to work as a croupier for Grosvenor Casinos. After 6 months working there I was taken upstairs to a camera room and was told to watch a recording of me dealing Blackjack and to deny that I was using any sleight of hand with the casino chips! I was also told I was too quick with the cards. I realised then that the casino wasn’t going to work out for me so that was the end of that ... ”
“I also had an interest in Locksmithing so I worked for a local locksmith and would practice picking locks and cutting keys etc. I went up to Daventry to take a test for the Master Locksmiths Association and successfully passed all 4 tests and gained a master locksmith certificate and full membership”
More gigs followed and Alex started to develop his own style and was becoming well known for improvisation, performing amazing magic with common, everyday objects and coined the term “freestyle magician”
Magic-Al – Freestyle Magician has a steady network of clients, situated around Brighton, including Bupa International, The Hilton Metropole, Juice 107.2, Brighton Business Club, Venture Finance plus many exclusive bars and private events and companies up and down the country including Birmingham NEC, Fly53 Clothing and London Zoo 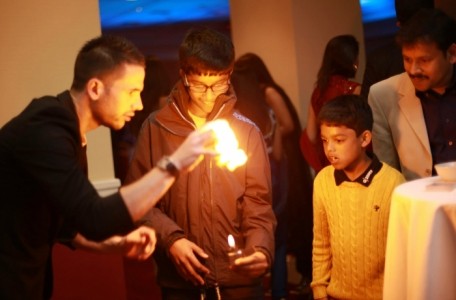 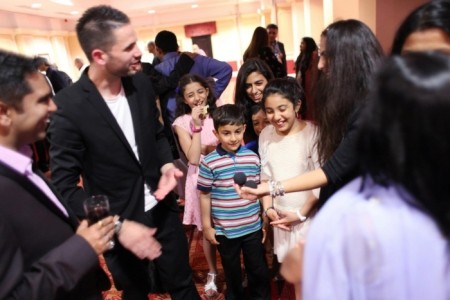