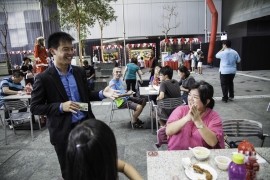 1
(no reviews)5.0
Country: Singapore
Based In: Singapore, Singapore
Performs: Worldwide
From: Contact

When contacting this member, please state that you are viewing their Entertainers Worldwide profile.
Request a Quote
Share this Page:
Profile Views: 2535
Report this profile

This is great for any kind of cocktail party, hospitality suite, or any social event where a large show isn’t required. Ming Da will make his way through the crowd demonstrating his flawless Sleight of Hand talent and humorous personality for individuals and different groups of people. This is a great ice breaker for any party and really gets people talking and interacting with each other. Break the ice at your next meeting or event with the presence of magic. Priced per hour with discounts available for multi-hour booking.

Ming Da developed an interest in magic since he was a kid and Ming Da is an award-winning international Magician with a witty and fun-loving personality. He was the 1st runner-up of “Singapore’s 1st Street Magic Competition” organized by the Singapore Flyer in 2009 and also the winner of the “Audience’s Favourite Award”.
Since then, Ming Da’s performances have been featured on Singapore’s media, such as Mediacorp channel U’s “Let’s Talk” and Sinema.sg’s online series “M For Magic”. He has also developed contents and starred in his very own online magic series, ... “Black Magic”, through collaboration with JTV and J Team productions, executive produced by Singapore director Jack Neo.
As a performer, Ming Da has established himself as one of the fastest rising stars in Singapore magic and headlined his own ticketed magic-comedy show “Magic Muse” at Canvas Singapore, bringing his brand of stand-up magic to the public. Ming Da’s experience goes beyond entertaining the local crowd. He was the first Singaporean magician to bring his one-man show to The Casablanca Variété Theatre in Amsterdam and the first international guest performer at the monthly Amsterdam Magic Show. He is also the first Singaporean magician to perform at the prestigious Illusions Magic Bar in Bristol, UK and received raving reviews for his performances, entertaining audiences internationally.
Witty, clever, engaging and supremely entertaining, Ming Da’s unique internationally-appealing performances can be presented effectively in English, Mandarin or bilingually.
Ming Da is also a member of the International Brotherhood of Magicians Ring 115 (IBM Ring 115) in Singapore. 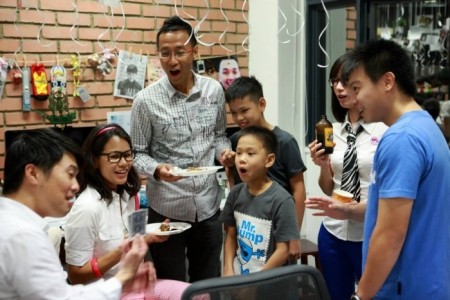 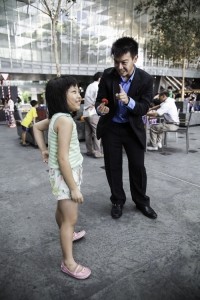 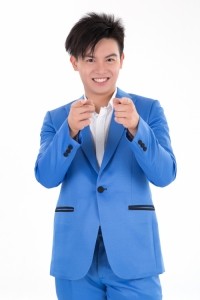 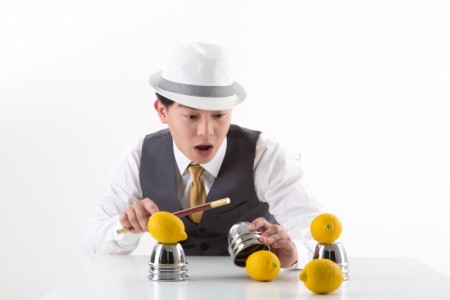