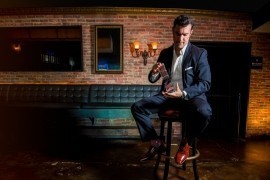 Derek's Close-up Magic along with his Stand-up Magic is non-stop laughter and miracles along the way! You really get a chance to fall in love with Derek and don't want the show to end! From intimate miracles with cards and coins to borrowed objects and larger props!
: 619813XXXX Click here to reveal
full number

When contacting this member, please state that you are viewing their Entertainers Worldwide profile.
Request a Quote
Share this Page:
Profile Views: 625
Report this profile

Close-up/strolling Magic is one of the most intimate forms of Magic and Derek does a fantastic job of creating miracles in the hands of spectators he just met! This is ideal for the cocktail hour for an event or even great as an icebreaker to get people interacting and mingling with each other. Derek is one of Southern California's top sleight of hand magicians, and you can see this in action as he uses items such as cards, coins, and even borrowed bills, and rings to make the Magic happen with the spectators own objects in their hands. As an Award Winning Close-up Magician, Derek knows how to ... create such memorable miracles that will be talk of the event years to come!

Derek Ostovani is a talented and acclaimed Magician/ Mentalist and performer who specializes in providing high-end entertainment for all kinds of special events, occasions, and gatherings. Derek Ostovani has performed for celebrities, Corporate Executives, and audiences large and small around the globe, and uses a special blend of psychology, illusions, and witty humor to charm and amaze even the toughest crowd. Whether customers prefer a formal stage show, want an interactive close-up experience, or need branded entertainment to draw interest to their trade show booth, Derek Ostovani is the p ... erformer to call. The magician can even incorporate hypnosis into the show and use years of training to make the performance come alive with interactive enjoyment. Interested customers can call or email to get more information about rates and scheduling.
Derek Ostovani, which resides in San Diego, California, has traveled across the country and internationally to share his unique art of performance and sleight of hand skills for Fortune 500 Companies across the nation. His show brings a type of entertainment that combines humor, psychology and, sleight of hand to provide for an astounding show! 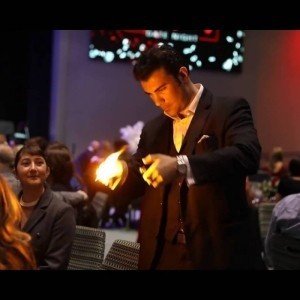 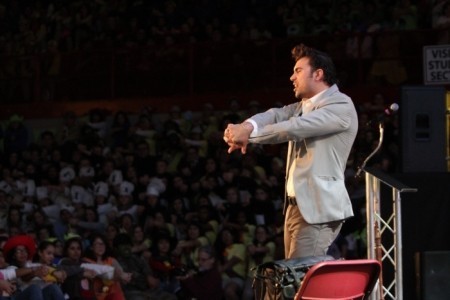 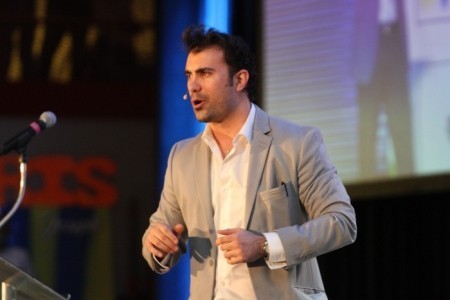 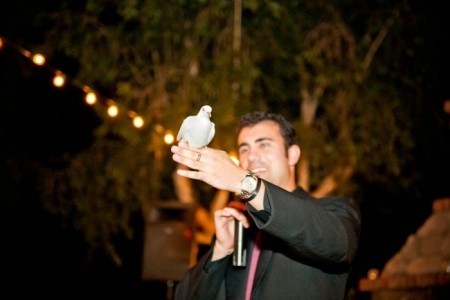 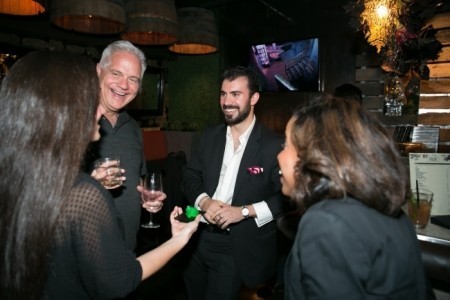 Ostovani - Close-up Magician - San Diego, California Event Location: San Diego Event Type: Close-Up Show 4th August 2018
Just wow! My wife and I caught a live performance last month for our anniversary, and Derek completely blew our minds! Almost a month later, we're still talking about that show and how much we want to see him again. If you have the opportunity to see Derek perform, do it! He really knows how to engage his audience and get everyone involved in the magic. You will not be disappointed, I promise! In addition to the magic, Derek is quite the comedian, whether he knows it or not. He had the whole crowd in stitches! We definitely plan on seeing Derek perform again soon!
Reviewed by: Matt M.
Ostovani - Close-up Magician - San Diego, California Event Location: San Diego, Ca Event Type: Close-up Show 4th August 2018
This was my fourth visit to the Red Spade and first time seeing Derek Ostovani. His show was fantastic! I hesitantly went with two very analytical types and watched them both fully engaged, laughing throughout, and slack-jawed with wonder. Derek's ability to play off his audience and use his incredible quick wit was phenomenal. Wonderful card and coin tricks that defied explanation.
Reviewed by: Shawn G.
Ostovani - Close-up Magician - San Diego, California Event Location: La Jolla,CA Event Type: Corporate Event
I booked Derek for a corporate event and he was awesome! From being extremely responsive during the planning stages, to showing up and improvising with some last minute changes we had on-site. He was very professional, entertaining, and charismatic. Our special guests really enjoyed it and were talking about the magic days after the event! Can't wait to have another corporate event where I can incorporate magic!
Reviewed by: Anh M.
Ostovani - Close-up Magician - San Diego, California Event Location: New Port Beach, CA Event Type: Private Event
I am highly recommending Derek for your next party or event. I surprised my husband and all our guests at his Birthday party with a performance by Derek. He was amazing. He did 30 minutes of fun mind blowing magic that had everyone blown away. My husband said it was the best part of the party. All of our friends were sending messages the next day telling us how fantastic the magician was. He was extremely professional and on time. The communication during the planning was extremely smooth. I will definitely use him again for other events and will be recommending him to anyone that is looking for fun entertainment for their party.
Reviewed by: Wendy

Derek has been a professional Entertainer for 15 years now. Originally he has a background in Structural Engineering, which he practiced for a number of years, but from there went to his true calling. That background has led to the technical side of Derek and has led him to know how to communicate with people from a wide variety of backgrounds. Derek is a member of the prestigous and World Famous Magic Castle in Hollywood. He also one 1st place in a close-up Magic competition and attends an invite-only convention known as FFFF.

Here's what one of Derek's clients said about a ticketing show Derek put on:
Just wow! My wife and I caught a live performance last month for our anniversary, and Derek completely blew our minds! Almost a month later, we're still talking about that show and how much we want to see him again. If you have the opportunity to see Derek perform, do it! He really knows how to engage his audience and get everyone involved in the magic. You will not be disappointed, I promise! In addition to the magic, Derek is quite the comedian, whether he knows it or not. He had the whole crowd in stitche ... s! We definitely plan on seeing Derek perform again soon! - Matt M.