I'm looking for:
near:
You Are Here: Children's Entertainers / Clowns / United Kingdom / London / Charlie the Clown 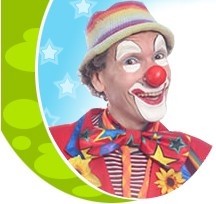 Entertainment for 1-5 and 5-10 year olds.
Charlie offers a wide variety of skills and a choice of characters, including Charlie the Clown, Captain Bluster the Pirate, Squiggle the Story-Teller, Mr Wiz the Wizard and Santa Claus.
He is available for all kinds of events and entertains children of all ages. The ideal childrens party entertainer in London
Charlie captures the imagination of the children right from the start, and keeps their attention through and through.
Whether you are planning a small birthday party at home, or organising a large open-air event, Charlie the Clown ... makes every occasion into something special. The perfect Clown Party

Charlie the Clown has over twelve years’ experience as an all-round performer, walkabout artist and children’s entertainer.
Charlie, who is London-based, has performed in all kinds of venues, from schools, nurseries and libraries, to museums, hospitals, shopping centres and front living rooms.
He has entertained next to the Lido in Hyde Park, beside the bandstands on Hampstead Heath, at the Brick Lane Festival in London’s East End and on the wards of The Royal London Hospital.
Charlie has helped to celebrate birthday parties and weddings, fun days and festivals.
He has play ... ed the clown to the Lord Mayor and his guests after the Lord Mayor’s Parade through the City of London, and has greeted Father Christmas on his way to Santa’s Grotto at Harrods Department Store.
Captain Bluster recently welcomed visitors to the opening of the new Museum in Docklands, and has delighted everyone with his summer shows on board the enormous pirate ship in the Princess Diana Playground in Kensington Gardens.
Charlie’s the Clown’s Guitar
Squiggle the Story-Teller has performed in London’s Royal Parks and plays regularly in local venues across London.
Equally at home entertaining tots or ten year olds, Charlie the Clown has helped celebrate all kinds of occasions, whatever the event and wherever the venue. 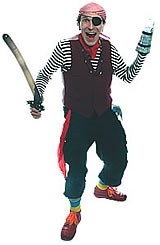 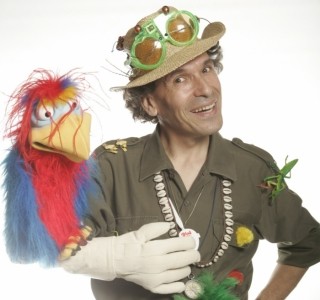 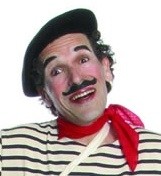 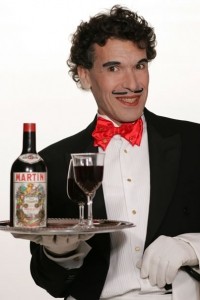 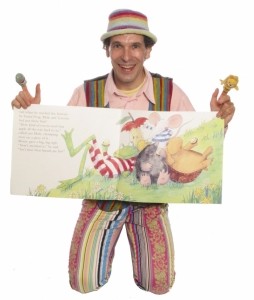 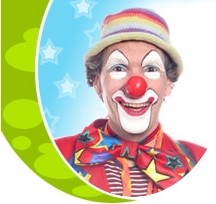 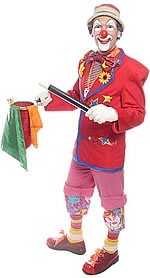