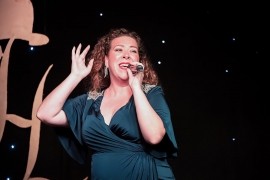 I'm a comedy, cabaret singer. I have several one woman cabaret shows. I can perform with song and comedy or just comedy.
: 07961 33XXXX Click here to reveal
full number

When contacting this member, please state that you are viewing their Entertainers Worldwide profile.
Request a Quote
Share this Page:
Profile Views: 787
Report this profile

My name is Joanne Jollie! Jollie by name and jolly by nature!
My one woman comedy cabaret shows are a lot of fun and perfect for any occasion.
I'd love to take my shows onboard cruise ships.
I can perform with myself and a pianist or full band or as a solo comedy show.
I can create any show to suit any audience.

Joanne Jollie is a singer, compère, cabaret artist, actress, dancer and choreographer originally from Hull. She moved to London at the age of 18 to study dance and musical theatre at The London Studio Centre and has been in show business for over 20 years.
For the last 7 summer seasons Jollie has toured Ibiza as one half of the very successful comedy vocal duo 'The Double Dees' as well as her solo cabaret shows.
Her one woman show ‘AROUND THE WORLD IN 80 MEN!' was a sell out, standing room only hit at the Edinburgh Festival in 2011 where she also appeared in two plays ‘On the Bench’ ... and ‘Dances For Wolves’ which received 5 star reviews!
She was back in 2012 with 'PANDORA'S BOX', which toured the major festivals, gained 4 star reviews and had audiences in stiches!
In 2015 Joanne wrote a new show '50 SHADES OF JOLLIE' which premiered in London and then in her hometown of Hull and gained 5 star reviews!
Her latest incarnation is ‘FEELING GOOD’; a show dedicated to the pursuit of happiness, peppered with jazz and blues songs.
Jollie also has a solo comedy show.
With her bubbly, infectious personality she has wowed audiences in such venues as RONNIE SCOTT'S, PIZZA ON THE PARK, MADAME JOJO'S, CAFE ROYALE, CELLAR DOOR, THE BRIDEWELL THEATRE, PROUD CABARET and CAMDEN, BUNGA BUNGA, THE SHADOW LOUNGE and across the pond in BIRDLAND, NEW YORK as well as many 5 star hotels around the globe.
Joanne sings a combination of jazz, blues, soul and musical theatre all done with hilarious comic flair and poignancy where needed but always with great passion.
As well as her cabaret work Joanne is a trained actress and dancer and she was lucky enough to have parts written for her by the award winning playwright John Godber in 'Unleashed' and 'Moby Dick', performing around the UK with Hull Truck from The Assembly Rooms in Edinburgh to The Bloomsbury Theatre in London. Joanne has also worked extensively as a choreographer for the BBC. 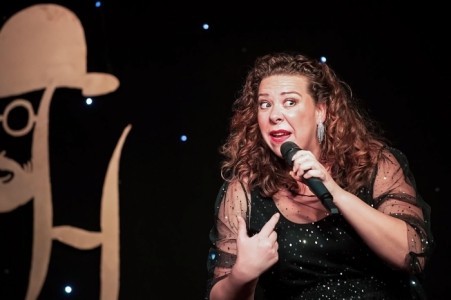 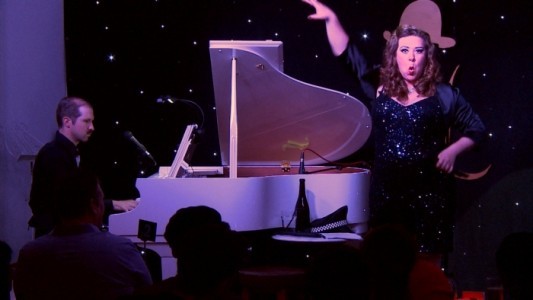 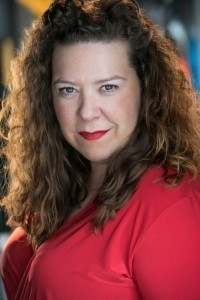 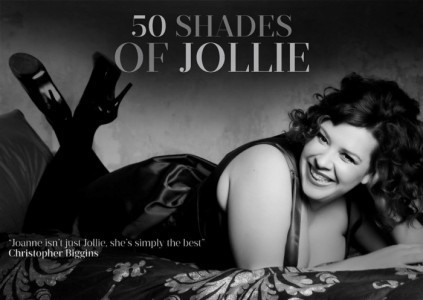 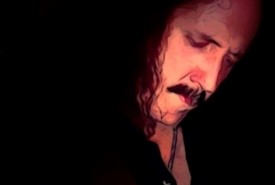