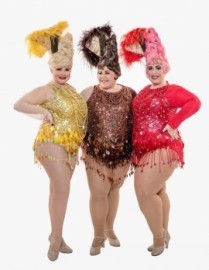 When contacting this member, please state that you are viewing their Entertainers Worldwide profile.
Request a Quote
Share this Page:
Profile Views: 1162
Report this profile

The Sundaes are quite simply the ‘biggest’ girl group in town and fast becoming the most talked about act in The UK. This group present their special blend of stunning vocals, sensational choreography and superb comedy, not to mention the outrageous costumes! But don’t judge a Sundae by their large hairdo! The Sundaes never fail to put a smile on your face with this unique act.
They currently have 4 full Shows available -
Diva Las Vegas - The Sundaes pay tribute to their favourite Divas who have headlined in Las Vegas Including Tina Turner, Celine Dion, Whitney Houston, Shirley Basse ... y, Bette Midler and many more. Singing all your favourite songs with a sprinkling of comedy glitz and glamour. And their Las Vegas Finale is one not to be missed. It’s like being in Vegas without the Jet Lag.
Knickerbocker Glory - Just as a Knickerbocker Glory is an extravagant layered Sundae in this show the girls layer it on with extra toppings. Sensational songs you love layered with comedy and glitter in show that is so delicious to all your senses you will be begging for a second helping. Singing all your favourite songs with powerhouse voices. Songs from Beyoncé, The Supremes, Lulu, Donna Summer and many more.
Mighty Mia - Donna and the Dynamo’s from Mamma Mia have nothing on these three. This is Abba like you have never seen it. The Sundaes take you on a roller-coaster ride of non-stop music with all your favourite Abba songs including Mamma Mia, Waterloo, Take a Chance on me, Super trooper and many more. They put the Sundaes unique twist on the songs that will make you remember these classic hits in a whole new way.
Disco Divas Live - Bringing you all your favourite Disco Hits. Guaranteed to get you on the dancefloor in seconds. Hits from Gloria Gaynor, The pointer sisters, The Weather Girls and many more. Get your handbags ready on the dancefloor – The Sundaes are taking over.

The Sundaes began their career performing for Rendezvous Casinos before touring Mallorca in 2010 for Thomas Cook with two outstanding shows; Divalious Decades and Big Girls do the Big Screen. Playing to thousands of people they soon became the most sought after act on the Island. In 2011 they hit the Pride circuit performing in every corner of the UK and they took their new show Knickerbocker Glory to the Edinburgh Fringe Festival for a limited run. Their sell-out run received 5 star reviews and they were asked to return to the festival in 2012. The Sundaes second year received by 5 star revie ... ws once again and were one of two acts invited onto the BBC’s Comedy Marathon.
In 2013 The Sundaes began working with Romantic Corporation and became the Headline Act for Thomson Gold, a successful partnership that was to continue throughout 2014 and 2015.
In 2015 they created two new shows, Diva Las Vegas and Mighty Mia with director Carole Todd and Stuart Dawes, which they performed to sell-out crowds across the globe and at their Christmas and New Year residency at the Hilton Brighton Metropole.
As a highly sought after act on the corporate circuit they have performed at many prestigious venues including Grosvenor House, The Troxy, Proud Cabaret, Malmaison, Crown Plaza, York Race Course and Athena. Clients have included Stagecoach, Red Bull, Danone, Chestnut Tree House children’s charity, The Sussex Beacon and Wild Fruit. They have performed in many holiday parks including Park Resorts, Park Holidays and John Fowler Holiday Resorts. Internationally they have performed in Mallorca, Ibiza and Oman. In 2014 they performed with Kevin Cruise at Theatre Royal, Windsor.
The Sundaes recorded their first Album Knickerbocker Glory in 2014.
Co-creator and lead vocalist, Keris Lea, is an established performer and successful solo artist, having worked around the world in Lanzarote, Dominican Republic, Mallorca and Alton Towers. She toured the UK extensively for Bill Kenwright and her own company On Cue Productions. In 2004 she toured the UK as Mamma Cass in Give me the Moonlight and played Sister Mary Amnesia in Nunsense the Musical. In 2008 she created the role of Kay in Gutbusters for Back2back Productions and the title role in the film Rita directed by Kevin Rowe for Eyes Wide Open Productions. She released her debut Album Live Lea in 2004. She was also Lead Band Singer Onboard M/v Arion. 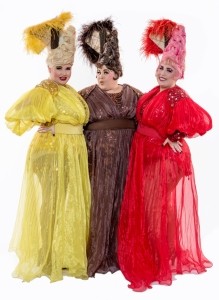 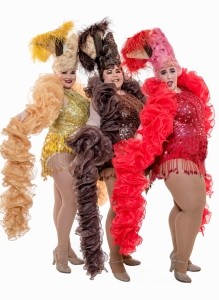 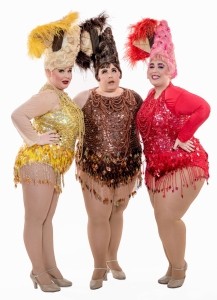 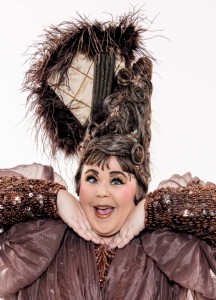 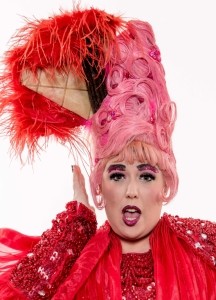 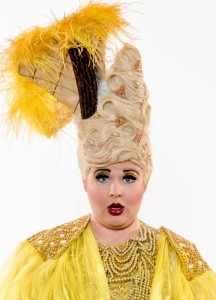 Insured for Public Liability, CRB Checked, Can be Self contained.