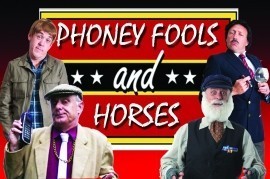 PHONEY FOOLS AND HORSES is a THEATRE SHOW and a 5 STAR COMEDY DINING EXPERIENCE. A brilliant homage, full of renditions of your favourite episodes. Phoney Fools and Horses has all your favourite characters in new adventures and mishaps.
: 0788684XXXX Click here to reveal
full number

When contacting this member, please state that you are viewing their Entertainers Worldwide profile.
Request a Quote
Share this Page:
Profile Views: 275
Report this profile

Based on the TV show everybody loves-ly jubbly!!!
Following first class reviews, this Tribute Show, performed in the style and variety of Only Fools and Horses, has been launched across Theatres nationwide and is additionally a 5 star Dining Experience Show.
Also perfect for Weddings, Corporate events, Parties etc.
A brilliant homage, full of renditions of your favourite episodes.
Phoney Fools and Horses has all your favourite characters in new adventures and mishaps.
A specially scripted, hilarious storyline, is delivered by the show’s cast of three, who superbly embody favourite ... characters DEL BOY, UNCLE ALBERT, RODNEY, BOYCIE and TRIGGER.
Plus stirring renditions of favourite cockney songs.
With hilarious moments, uncanny resemblance and fun audience interaction, this comedic tribute is guaranteed to captivate and delight audiences young and old !
It’s bonnet de douche !
How does the Dining Experience work?
There are 4 scenes. Before Starters, before Mains, before Desserts and after Desserts.
These can include Batman and Robin, broken Chandelier, Blow up doll, Tony Angelino and other famous scenes.
All the characters perform by intermingling amongst the diners.
The show can also be adjusted to suit any style of event.
The show stars - Award Winning Comedy Impressionist, Drew Cameron. From Britain’s Got Talent. Drew plays Albert and Del Boy.
Cushdie!!
Don’t wait until it’s too late BOOK IT NOW. You know it makes sense!
from DREW CAMERON PRODUCTIONS.
This time next year, we’ll be millionaires!! 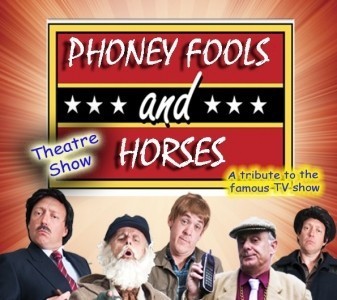 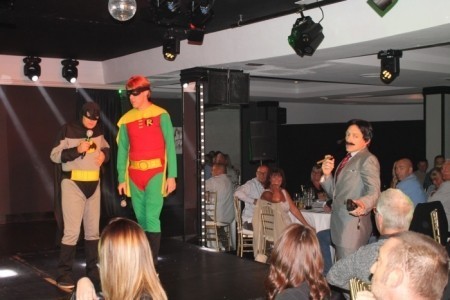 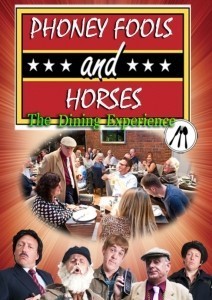 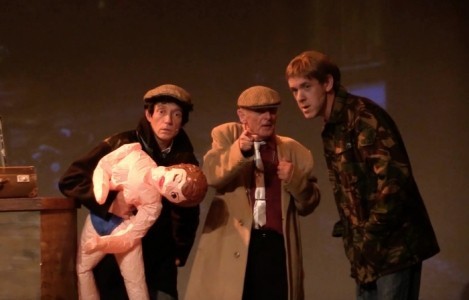 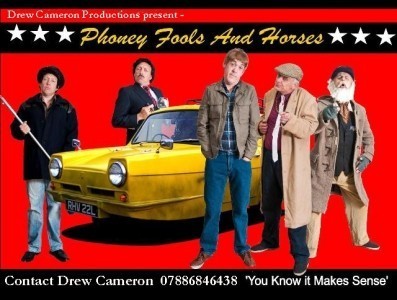 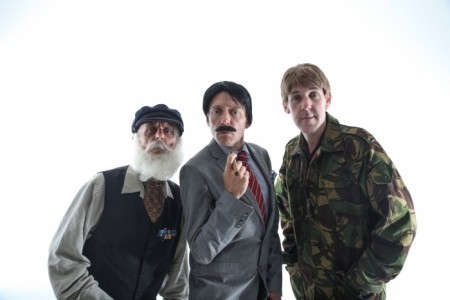 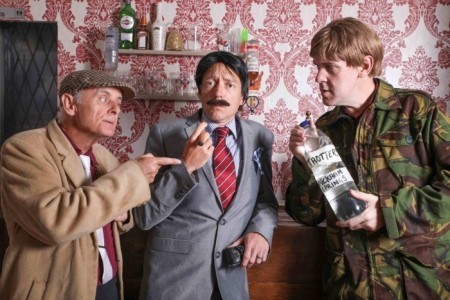 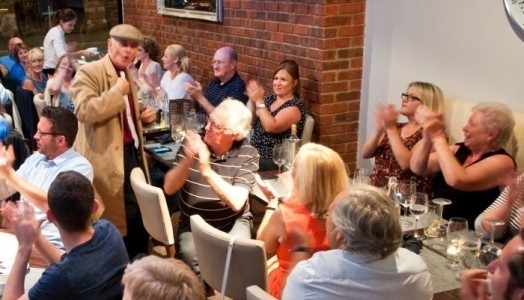 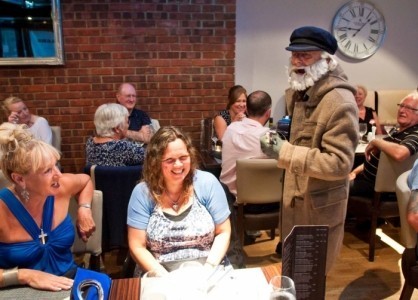 Phoney Fools and Horses - Comedy Impressionist - Brighton, South East Event Location: Stroud Event Type: Party 10th August 2018
"What an absolutely brilliant performance by Drew and the guys for my 40th birthday party; my guests were totally surprised when Del Boy, Rodney and Boycie turned up - even Uncle Albert and Trigger made an appearance! The acts during each course were hilarious and the laughs just kept coming; everyone really enjoyed themselves and I couldn’t recommend this enough if you want a dinner party with a difference, definitely worth every penny!" Laura Hill Berry. August 2018
Reviewed by: Laura Hill Berry