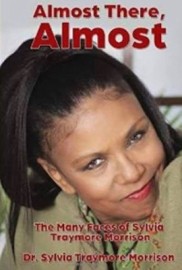 Sylvia Traymore Morrison is the first African American female comic/impressionist in the history of this country who has been doing comedy for 50+ years. She is the first Black girl associate writer for SNL and toured w/Whitney Houston in 23 cities. She's fun to watch!
Request a Quote
Share this Page:
Report this profile

As a female comic/impressionist audiences are thoroughly entertained to see some of their favorite celebrities come to life! Sylvia is a lot of fun to watch and simply entertaining!

Am able to do comedy impressionists, discuss the history of comedy and entertain through conversation,