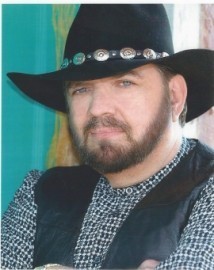 Bill is a showman who is as comfortable at Blues as he is in Country or Classic Rock. His Audiences are always assured of the show they recieve as he will always give them his ALL. He has five albums (CD's) to date and is currently working at number six. His CD's represent his diversity as does his live show. His objective is to perform FOR his audience and make sure they walk away with a song in their hearts. It may even be one of his tunes...

BILL TRACY
SINGER, SONGWRITER, MUSICIAN AND PPRODUCER
There are those who are born with “it” and then there is Bill Tracy.
Bill came by his talents the old-fashioned way, he earned them. While still just a boy of thirteen his stepfather showed him some chords on the guitar and the rest is as they say, “history”.
Not long after the influence of his step dad kicked in so did his love for Rock n' Roll. Bill spent a great deal of his youth studying his musical hero's; Paul, George, Ringo and John, The Rolling Stones and ma ... ny other contemporary artist of the time. One thing that kept coming back time after time was his love of root's music, Country and Blues.
He's always loved the songs of Jimmy Rogers, Johnny Cash, George Jones and Merle Haggard. This music formed the basis of all that is music for Bill. You could say it had a major impact on him and reflects the way he writes and performs to this day.
“This music touches your soul” Bill explains. “You can express your emotions with a lyric or a simple melody. You can let folks know how you feel and they can identify with you in song and that's the best expression any artist can expect”
Writing became as important to Bill as singing and playing. Sometimes prolific in writing Bill has spent countless hours crafting his tunes. “I wish that I could sing all the songs I've written but unfortunately some don't fit my singing style”. That's the reason some of Bill's songs have been recorded and sang by many other artists over the years.
Bill has five CD's to date showing much of his talents in different types of music. His eclectic taste show that he is not just a Country singer. He has also written and co-written a full length movie as well as two short's.
One thing that comes back again and again is his love for performing Country Music and so it goes...if you know Bill, you know where he will be...singing his favorite (or at least someones favorite) country tune.
Some say that Bill is at his best in front of an audience, this is certainly true for me and after you see him I think it will be so for you.
Enjoy,
Jim Boukis

Bill has been performeing for several decades.

Insurance may be provide as per venue if needed.