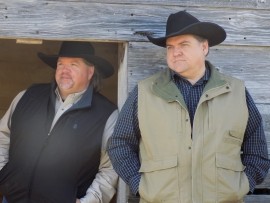 1
(no reviews)5.0
Country: United States
Based In: San Antonio, Texas
Performs: Worldwide
From: $2000

When contacting this member, please state that you are viewing their Entertainers Worldwide profile.
Request a Quote
Share this Page:
Profile Views: 393
Report this profile

BRutherz perform everything from their original chart topping singles from their Black & White album, to traditional counrty from the 50's to current country as well as 50's Rock to Southern Rock.
BRutherz do more than just sing, but when they do their vocals have a way of bringing people in to the songs they perform. They have great stage presence and interact with the crowd, telling jokes and like to get the crowds involved. Their fans love to see their shows and have commented they hate to go to the bathroom as they are afraid they will miss something. BRutherz are truely an entertain ... ing act.

Burrel and Ross Rutherford are the power vocals that make up BRutherz. They currently reside in the Texas Hill Country just outside of San Antonio, but the duo are originally from Southwestern Kansas in the Liberal, Dodge City, Garden City area. BRutherz are singer/songwriters and their music is said to be traditional country which they are very proud of.
Their music talents were inspired by their parents who had a love for country music. Even though their dad couldn’t carry a tune in a bucket he had an ear for great music and a writing talent that would carry over to the boys. T ... heir mom had the voice of the family and sounded like a cross over between Patsy Cline and Reba McEntire. I guess when your moms third cousin turns out to be June Carter Cash, you might have a blood line that would be considered today as Country Music Royalty.
Early on their career Burrel did most of the singing while Ross played drums until they moved to Texas where they started doing demos for Tinker Villarreal who did some work for Warner Bros. They were soon developed into a duo where their next journey took them to Houston, playing several clubs in the area and quickly gained a diverse following due to their vocal sound together. While in Houston their bond was tested as other opportunities were offered to them that caused them to split. Ross ventured off and did an album project with Ronald McCown who used to play for Mil Tillis band the Statesiders back in the 70’s, while Burrel put together another band and went on tour through most of the southern states. It wasn't until Ross sang in front of George Strait at a private event where he got some encouragement from the King of Country to keep singing and not let his talent slip away.
Now who used to perform as The Rutherford’s, have joined forces once again as BRutherz and have quickly gained a following and seem to have started right back where they left off, making music better than ever. Their debut single "She's Got Pride" led them to a #1 on the Gen2 Texas Chart and #2 on the Gen2 Country Charts and landed them an album deal with one of Nashville's independent label's Colt Records in November 2016. Their second release "See Clearly in the Dark" is currently climbling the independent charts and debuted in the top #40 and is making its way up the charts.
With the growing demand to hear them perform live, they put together a band that quickly became known as the Utherz to help bring their style of music to life. BRutherz and their band of Utherz continue to play in and around the Texas region growing their fan base, while continuing to gain a radio presence worldwide, both in the U.S. and Europe. 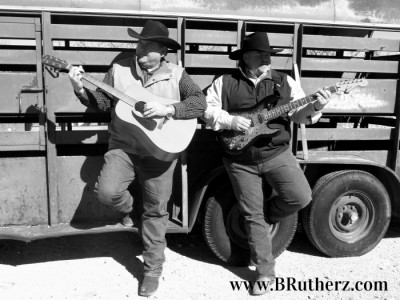 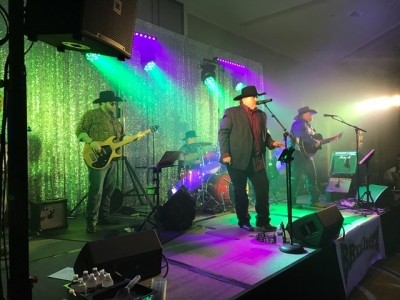 November 2016 - Signed with Independent label, Colt Records
2016 - She's got Pride hits #1 on Gen2 Texas Chart
2017 - See Clearly in the Dark, #28 on the Indie World Chart and climbing and hits Texas Reginal Radio
BRutherz, Burrel & Ross Rutherford have been performing for crowds of 10 to 20,000+ over the past several years.
Ross Rutherford not only is perfoms but also doubles as Manager, handles bookings, radio promotions for single releases and is the bands sound tech and songwriter as well as manages logistics of travel for the band.
Burrel Rutherford works on the creative side ... of things and writes as well as manages the band members, show outline, bookings and creative artwork. 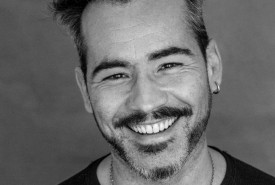