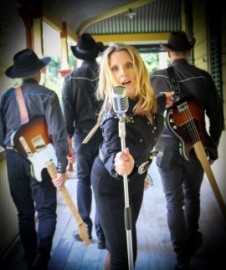 The music of Heywood & Moore combines the story telling of traditional country music with the power of roots rock music. The Anglo/Australian duo work with some of the top players on the British and Australian music scene who regularly perform in Australia and the UK.
Request a Quote
Share this Page:
Profile Views: 451
Report this profile

The Heywood & Moore Band are a rare find; a live music band that combines a 'full on', boot stomping concert with upbeat country rock covers and awarding and charting original songs. With 10+ years experience of providing exciting entertainment for a huge range of festivals, concerts, music venues and private functions - you'd be crazy to go anywhere else...
For fully acoustic experience then they can also appear as a duo.

Anglo-Australian duo Dawn Moore and Brian Heywood are probably the busiest undiscovered country band in the UK and Australia with over three hundred gigs under their collective belts. Their sound is a tight amalgam of raunchy guitar driven roots music and rich vocal harmonies that bridges the gap between classic Americana and country rock. After wandering around the world performing mainly in the UK and Australia they’ve decided to settle down on the mid-north coast just outside Port Macquarie in Bonny Hills.
They have already achieved chart success in Australia’s Country Top 40 with th ... eir up-tempo, rockin’ cover of Patsy Cline’s “Walkin’ after midnight” and were nominated for a prestigious 2018 ICMA Award for “Most Popular Independent Duo” at this year’s Tamworth Country Music Festival. The duo’s first full length album is was also released UK Record label Thoroughbred Records in September 2017. Goodbye Yesterday features guest players from the UK and Australia such as Redgum’s Hugh MacDonald (acoustic and electric guitars) and Greg Hunt (fiddle) from Australia and BJ Cole (pedal steel guitar), Tom Kitching (fiddle), Guy Rogers (banjo) and Justin Saban (electric guitar) from the UK. The album is available worldwide via Proper Distribution.
Brian has a formidable array of skills and experience. A guitarist, vocalist, bandleader, arranger, composer, producer and award winning song writer - he is just as at home on a big festival stage in outback Australia as in an indie live music club in the heart of London. Specialising in edgy roots music, his previous work has received "Just when it seemed as if newer electric British roots bands were getting thinner on the ground … Very welcome and very good" (fROOTS Magazine, UK).
Dawn is a graduate of Birmingham Theatre School and studied at Mountview and St Catherine’s Drama Studio. She grew up in the UK wearing a Stetson and a fringed buckskin jacket and was a vocalist in a number of successful bands. She is also an accomplished actor, director and writer and has many theatre credits to her name. She has appeared in film and on TV shows such as The Bill, The Legacy of Reginald Perrin, The Brittas Empire, Crossing the Floor and many others.
Reviews
“The burnished countrified chartpop of Heywood-Moore even sounds as if it could make a killing in the American Bible Belt (sweeping out of the same CCM radio playlists as the likes of Lexi Elisha).” – Misfit City (blog)
“WOW there's some great tracks on it. ... Thanks for the great tracks” - 2REM Albury-Wodonga.
“Barnstorming” – Musician Magazine (UK) 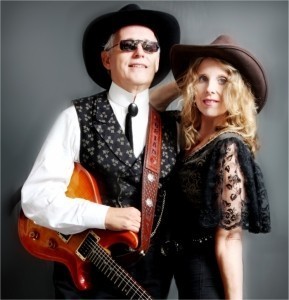 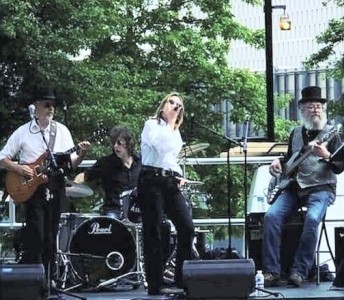 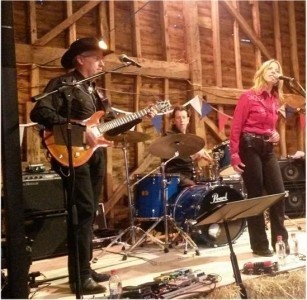 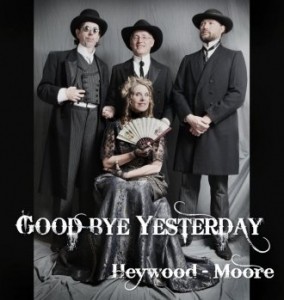 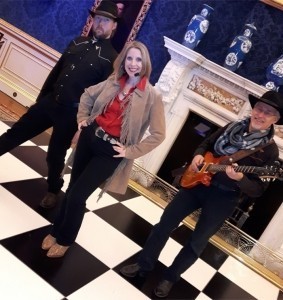 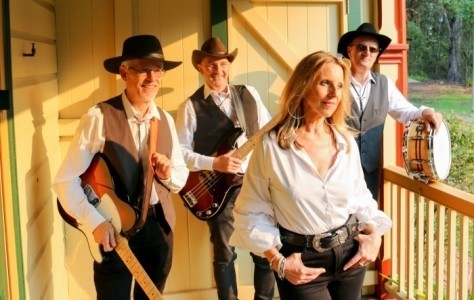 Heywood and Moore - Country & Western Band - Port Macquarrie, New South Wales Event Location: Newbury Event Type: Party 7th April 2018
"The band were perfect for our large party of friends and family, ranging across several generations. Dawn and the boys know exactly how to get everyone up on the floor for both line and barn dancing. What a wonderful caller! She paced the evening perfectly and the enthusiastic musicianship of the band enhanced the feel good factor. We all had a ball, and we have been deluged with emails from all participants saying it was one of the best parties they had attended for many a long year." -
Reviewed by: Dave and Nell
Heywood and Moore - Country & Western Band - Port Macquarrie, New South Wales Event Location: Kimpton Memorial Hall Event Type: Birthday party 18th March 2017
"I just wanted to send you a big THANK YOU for the wonderful job you did at my party on Saturday. I have had so many fabulous comments about you and the band. You did a great job of getting the crowd going and I was surprised to see certain people on the dance floor, namely my husband! I think I suitably embarrassed him with my song, thanks for the supporting singing and putting up with my odd requests." (50th birthday)
Reviewed by: Cathy Copp
Heywood and Moore - Country & Western Band - Port Macquarrie, New South Wales Event Location: Grove House Gardens Event Type: Country Music Day 20th June 2015
"I just want to say a BIG thank you for last Saturday. Dunstable Live was a huge success and that was in part due to your band. We had over 1000 people attend which as the weather was so horrendous was a surprise. But everyone left with smiles on their faces."
Reviewed by: Jacqui Harding

The band plays a range of classic country rock, original country and new country songs. We have many years experience in providing music for a wide range of corporate and private functions. The song set covers classic songs like Jambalaya (Hank Williams) and Folsom Prison Blues (Johnny Cash), through the country rock of bands like the Eagles to new country from the Dixie Chicks, Keith Urban and Carrie Underwood and many more - including songs from our critically acclaimed album 'Goodbye Yesterday'. We specialize in up-beat country music that appeals to a wider audience, with many sing-a-long f ... avorites in our set list.
Dawn also has a repertoire of line and barn dances which are ideal for audiences who've never had the opportunity to take part in this highly enjoyable form of social dance. Dawn's bubbly personality and her technique of demonstrating the dances from the dance floor means that everyone wants to get involved in the fun.