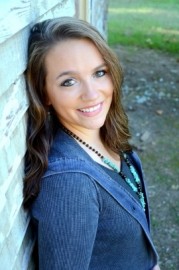 (no reviews)5.0
Country: United States
Based In: Prattville, Alabama
Performs: Worldwide
From: $5000

This “Alabama Cowgirl at Heart” hails from Prattville, Alabama bringing her classy and sassy cowgirl attitude to the stage every time she performs. Jessie Lynn brings her "Country with a Twist" set feat. classics that span the decades! (All genres)
: 334322XXXX Click here to reveal
full number

In performing her "Country With a Twist" set, Jessie Lynn brings her audience classic hits that span the decades. From Classic Rock, Country, Jazz, Blues, Bluegrass, Pop, and even her own material, Jessie Lynn packs a show with music everyone can relate to!
Oh, let's not forget her "Women of the Rock" tribute, featuring full dress and attire and music from; Stevie Nicks, Pat Benatar, Linda Rondstat, Heart, and many more!

Jessie Lynn generally stores a catalog of over 300 songs for multiple shows and occasions.

JESSIE LYNN ®, also known as Alabama’s Cowgirl, is an Alabama and Nashville award winning independent country music singer and songwriter!
Jessie Lynn exhibits her infectious personality and independent, “No Quit” attitude on and off the stage! She "Opened" for THE OAK RIDGE BOYS on August 5, 2016, at the Dothan Civic Center in Dothan, AL! It was a Fantastic Show with Multiple Accolades! 2016 was an amazing year for this young artist!
• 2016 - Alabama Music Association's Female Adult Vocalist & Entertainer of the Year in New Country
• 2016 - Modern Country Female Rising Star ... - The Josie Music Awards in Nashville, TN
• 2016 - Nash Next “Live” WLWI 92 FM AL Regional Title & Nashville National Semi-Finalist
• Jessie Lynn’s new Veterans Tribute EP, “IN THE LINE OF DUTY”, released on November 1, 2016
• Her first album, "A SOFTER SIDE OF COUNTRY", released in July of 2016
• Jessie Lynn’s first original single, “Boots N Bling It’s a Cowgirl Thing” released to online radio in Feb. of 2016 and received over-whelming response with multiple #1 rankings & various awards such as the March 2016 Akademia Best Country/Rock Song. This single also earned Jessie several 2016 nominations: Female Song of the Year & Female Rising Star on The Josie Awards Show and five categories on The Nashville Universe Awards Show in Nashville, TN!
• In August of 2015, Jessie Lynn was named a top 100 semifinalist in the nationwide Nash Next Country online music challenge!
• Jessie was also the co-host on the “Friday Night Live” radio show with “Ziggy” on Kool Classic Hits WRBZ 95.5 from June – October, 2014.
Jessie Lynn’s music is available on all major digital outlets and on her website! To Order physical copies visit her DIRT TO DIVA OFFICIAL MUSIC STORE on www.squareup.com. She recently launched her new production company Dirt to Diva Productions at www.dirttodivaproductions.com as well. A sneak peek of the album, Dirt to Diva music video and a Veteran Tribute video is also available on her YouTube Channel! Check it out!
Jessie continues to develop her own musical style by working with various producers, musicians, singers, songwriters, and her vocal coach, Jilla Webb, to enhance her wide ranged voice by performing all types of musical genres. Music has truly been a part of her life since the age of three, and she continues to grow as an artist through performing and writing songs! Currently, Jessie Lynn is obtaining her Master's degree from Auburn University and continues with tracking new music in studio, writing songs, rehearsing for upcoming solo performances, and is looking forward to seeing her fans at upcoming events!
To Book this Artist - Contact: Jessie Lynn – PO Box 681421, Prattville, AL 36068, Website: www.jessielynn.net; Facebook - “Jessie Lynn TM”; Twitter @JessieLynnJL; Instagram: JessieLynnNicks, or Email - dirttodivaproductions@gmail.com. ** For all PR and Promotions please contact Bill J. Moody at 334-399-2386 or email Bill at bill@trpdothan.com
Additional Biographical Information:
During her formative years in Prattville, Alabama, she experienced joy and success in coaching, showing, and training horses in multiple disciplines (see website: www.alextremeequine.net); playing baseball and basketball; participating in 4-H, Youth Teen Court, and various community service events; all while continuing her acting, modeling, and singing performances in numerous venues.
Jessie Lynn’s musical and performing career began at the age of three when she began singing in church and participating in Little Boots Rodeo contests. Jessie participated in piano lessons for two years, and sought classical voice training from 2005 thru 2012. She recorded her first “demo” CD at the age of eleven and received multiple acting and singing “callbacks” from various management groups located in Florida, Los Angeles, New York, and North Carolina. However, at that time, Jessie’s parents opted not to pursue the numerous “callbacks” as they wanted Jessie to enjoy her childhood and gain more performance experience prior to seeking a career on the stage.
Since 2005, Jessie Lynn has gained extensive experience in acting, modeling, performing, and singing. She has performed at the Alabama State Senate, Auburn University’s “Ag Roundup” Homecoming event, Alabama Department of Agriculture’s SASDA Conference, Bama-roo (Oden Family Picnic), Center Stage Alabama, The Hank Williams Museum, NCAA Division II World Series, Montgomery Biscuits Baseball Games, Alabama Distinguished Young Women (County & State Scholarship recipient), Canaan International’s Premiere Showcase Event, Miss Junior Teen Montgomery (title holder), Montgomery Motor Speedway, Wetumpka Depot Players, churches, football games, rodeos, school related functions, and special invitational events. She also performed with her “One Voice” choir tour group in multiple locations in St. Louis and New York City.
Musical talent runs through Jessie Lynn’s veins! Jessie was named after her Great-grandmother, Jessie McIntyre Hanson (1919-2000), who was known as an accomplished pianist, organist, and singer from Muskogee, Oklahoma. Mrs. Hanson sang with the “Temple Quartet” on KMUS live radio in Muskogee from 1948 – 1955. She continued performing live broadcasts with various church groups until 1962 and performed and taught music until the early 1990’s. Mrs. Hanson was a graduate of the Sherwood School of Music in New York, and began developing her twin daughters’, “The Hanson Twins”, gospel singing careers when they were seven years old (1947). “The Hanson Twins” performed professionally from 1947 – 1960 at gospel singings and conventions in Oklahoma, Kansas, and Missouri. They also performed at numerous ceremonies, special events, and weddings throughout Oklahoma. Jessie Lynn's Grandmother, Loyce Hanson Dugan, is credited for developing Jessie Lynn’s love of music and performing when she introduced her to singing in church at the age of 3! The rest is history as they say! 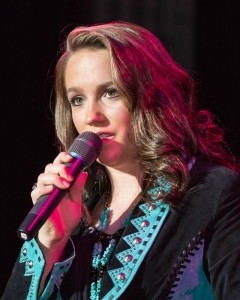 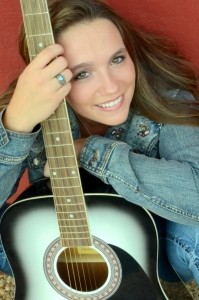 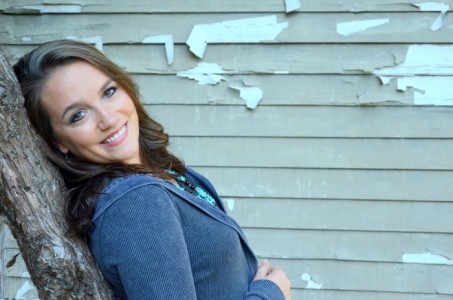 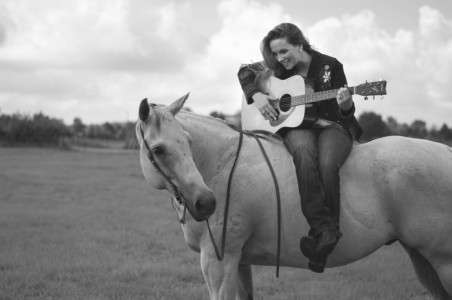 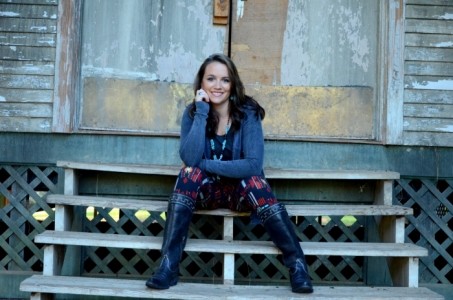 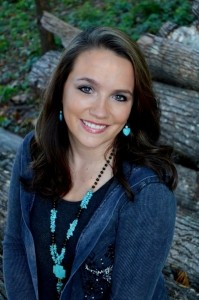 ~ August 2016 Opened for the legendary group, "The Oak Ridge Boys"
~Have performed at numerous private parties, engagements, and product release events.
~ Opened with the National Anthem at the NCAA Div. 2 World Series at the age of 11
~ Performs and opens shows on horseback
~ Complete Christmas Concert Series in 2015