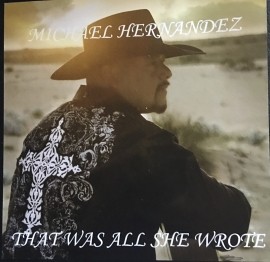 Mike Hernandez is what you will call true Country Western music at its best. He makes you want to dance and brings you back to loving country music. CMA Showcase Artist and Cruise line entertainer, he is well on his way to become a major sensation in country music.
: 432331XXXX Click here to reveal
full number

When contacting this member, please state that you are viewing their Entertainers Worldwide profile.
Request a Quote
Share this Page:
Profile Views: 507
Report this profile

When an artist approaches me with their music it means they have taken the time to search me out and want to know my opinion. Reviewing music is like critiquing a manuscript. You want to encourage the artist but still point out their flaws. From my point as an author, I want someone to tell me what I need to fix and I hope that when an artist approaches me, they are willing to learn.
Mike Hernandez has jumped through those hoops... and learned the lessons necessary that should put him on the charts. Not just Texas but Indie's and Billboard. His music is pure country with strong Texas influe ... nce. As you listen to the twelve tracks on his That Was All She Wrote album, you will hear a consistency unlike anything I've reviewed in some time. Some artists produce their albums with high and low points like a roller coaster ride. While this is not a bad thing (we use this technique in fiction writing all the time), sometimes you just want to take a lazy float and enjoy the moment. That Was All She Wrote is that moment.
Don't get me wrong, not all of the songs are slow. The title track has an undercurrent of Tejano that pulls you to the dance floor and the rest of the album will keep you there until the final strains of Adios Amiga.
Mike wants everyone to know who he is and the type of music he is capable of. That may be why you can listen to the entire album on his Reverbnation and Webpage. From those locations you can purchase the downloadable tracks you like, which I'm betting is going to be all of them.
If you like George Strait, Rick Trevino and Alan Jackson, you will love Mike Hernandez.
If I had one critique about THAT WAS ALL SHE WROTE, it would be that while I understand the marketing aspect of this album, I do not think I would offer full versions to the general public on future albums. As my mom would say, 'why buy what you can get for free?' This album is worth paying for.
I'm tipping my hat: 5 tips
http://kellyscountry.blogspot.com

Set List 1
Bar light Bar bright
That Aint My Truck
Twang
Luckenbach Texas
Amarillo By Morning
Seventeen (Cross Canadian)
Neon Moon
Guitars & Cadillacs
Cowboy Romeo(Original)
Right Where I Need To Be
Where Do I Fit In The Picture
Set List 2
Texas Kinda Way
Much Too Young
Alabama (Cross Canadian)
Reno
Wonderful Tonight
Johnny B Good
Cheaper To Keep Her
The Chair
Getting You Home
Adios Amiga(Original)
Blame It On Mexico
Unwound
Set List 3
Fireman ...
That Girl
Wave on Wave
Don’t Close Your Eyes
Anyless Anymore(Original)
Life After Loving You(Original)
That’s What Breaking Hearts Do
Drunkin Days & Lonely Nights(Ori)
Cowboy Rides Away
Home Sweet Home(Original)
Empty Glass
Set List 4
Aint Worth The Whiskey
Lifetime (Original)
Whiskey Days
She Cant Say I Didn’t Cry
Marina Del Rey
Whiskey Kind of Way
Looking For Love
Tougher Than The Rest
That Was All She Wrote(Original)
Knock On This Door(Original)
Set List 5
How Can Jesus Love Me(Original)
I Hope The Whole World Is Lonely
Framed
Im Gonna Dance Her Home
Cry Lonely
We Had It Made In Mexico
Give It All We Got Tonight
Long Slow Kisses
Tell You The Truth I Lied
Loose Loud & Crazy
Set List 6
Look At Me Fly
Sing About Mine
Lie
Too Much Texas
Because I Love You
All Over The Road
Break It To My Heart
Like We Never Said Goodbye
My Amy My Miami

While many are flocking to West Texas to get their own piece of the oil boom, one Nashville/Texas Country music artist from Andrews, Texas is hoping for an explosive album. The push to make “Mike Hernandez” into a major country-music sensation is in full swing, after he completed his album titled “That Was All She Wrote”.
The country music star, Mike Hernandez, started singing at an early age, but although he developed a taste for country-music later down the road, he initially sang mariachi music. “I started singing music like Pedro Fernandez and Vicente Fernandez,” he remi ... nisced. Hernandez is the youngest of three brothers. His first taste of the spotlight was at 9 years old during a 5 de Mayo parade in Andrews. That was when his mother, Sandy Hernandez, got a wild hair after spotting a mariachi group playing on a float. “She ended up stopping the float and told the guys, “this is my ‘son’ and he sings,” and I got to do the whole parade with the mariachi. It was a dream come true,” he remembered.
Music was always an escape for Hernandez, but so was bull riding. He joined the American Junior Rodeo Association in grade school. Hernandez commented, “I rode bulls for roughly 23 years- all the way from the ranks of junior to professional level.” It was perhaps this dangerous sport that taught him to be persistent, even in music. “Bull riding made me strive to be the best and work hard at it,” he pointed out.
After several years in community college, Hernandez enlisted and served in the United States Marine Corps from 1994 to 2000, and was stationed in North Carolina. “I was proud to serve. I had an experience of a lifetime. I picked up awards and medals over there,” he said. During those years, he would take any opportunity to showcase his talent. “I’d go to a bar and I would go up and ask if I could play the first song,” he said. He has toured Carnival Cruise lines, and has been on the first season of X factor. This past June of 2016, Michael was a CMA Music fest showcase artist.
Now back in Andrews, Hernandez is re-focusing his energy to launch his music career. “I have a really great band, professional, talented musicians, and they are awesome,” he commented. Mike Hernandez is quickly becoming a state and national favorite. Hernandez has an intense, warm voice, and driving ambition. Mike Hernandez is powerful on stage. “If I see people dancing, then I am happy to be doing what I am doing. That’s all what it’s really about for me, making people feel and live my songs,” said Hernandez. Slowly, the fruits of his labor are paying off. “Some of the songs that I’ve recorded are tear-jerker and some are good ole honky tonk that any crowd can dance to. He had 2 singles on the the charts this past June. One of them on the Music Row charts, and the Texas RRR charts that stayed on chart for 17 weeks.
Michael Hernandez’s single “Home Sweet Home” will debut around the first of December on Texas radio. 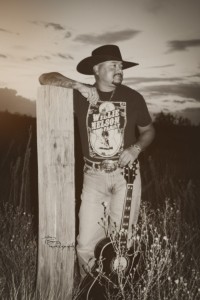 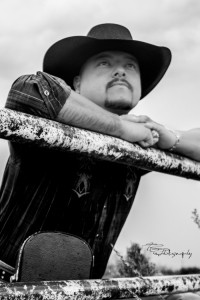 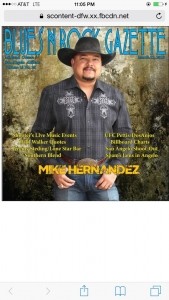 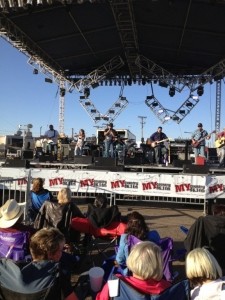 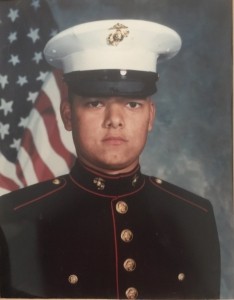 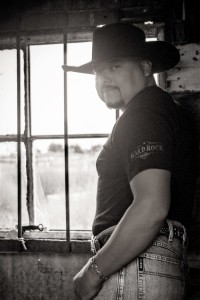 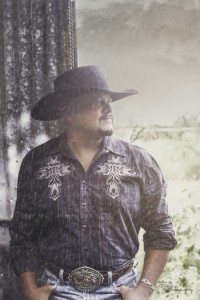 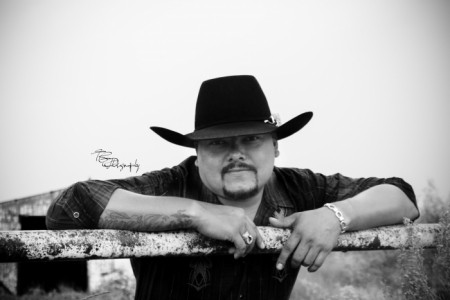 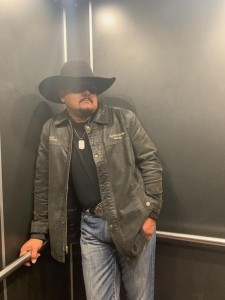 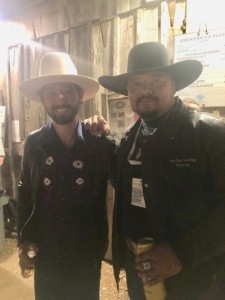 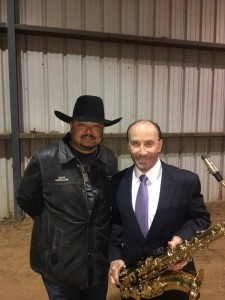 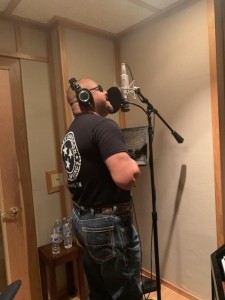 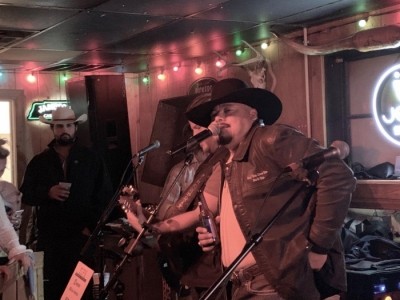 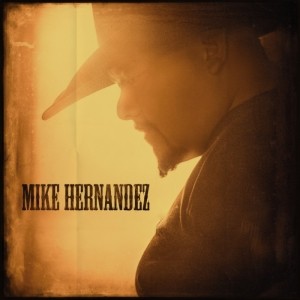 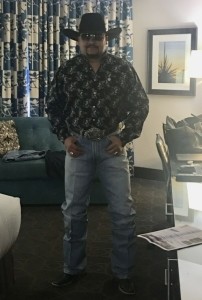 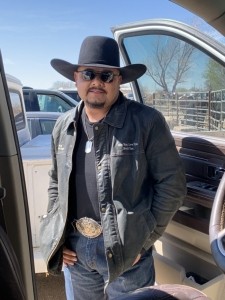 extra on 4 episodes of Nashville the series 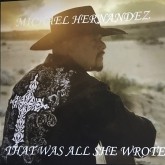 The Country Music of Mike Hernandez