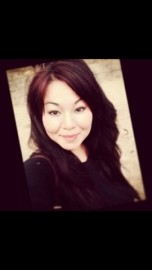 (no reviews)5.0
Country: Bhutan
Based In: Bhutan, Bhutan
Performs: Worldwide
From: Contact

We are a 7 piece Cover Band (with some original numbers) with three vocalists - 1 male & 2 female - from Bhutan. As our name suggests, we have a diverse selection of songs from blues, contemporary blues/ jazz, Soul, R&B, Rock, Metal, Ragge, folk and Pop.
: +975-7711-XXXX Click here to reveal
full number

I have been singing professionally for Bhutanese Film Industry, NGO/ CSO Events, Corporate Events, private events, Charity Shows and Concerts since 2010. I was the official crooner at Taj Tashi, Thimphu from 2011 - 2013 and then from 2015 - 2017. I also won an award for Best Female Playback Singer at Bhutan’s 14th National Film Awards in 2015.

Share this Page:
Click here to view all of our Cover Bands on Entertainers Worldwide
Browse all Entertainment Hire options!