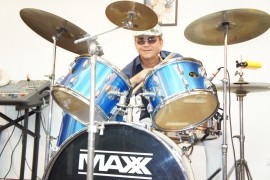 Hello!
Dear Mr. Employer
The New FLAMINGO BAND
My name is Gigi Salomia of Romania , bandleader of the band "The new formula Flamingo Band"
Band and I work with companies of American high-speed line such as Royal Caribbean, Proship, in trio-and quartet in the ballroom, and I was also working in other bands other cruise lines, such as Greekline "Royal Olympic", the French company that "Marina cruise" German company Kreuzfahrten GmbH /Erkelenz "Mona Lisa cruise ship. And also, I was working in the city with many owners of resorts and restau ... rantsknown respectable five star in nightclubs, ships, shows,etc..The new formula is the band Flamingo of Romania was formed as a quartet (its members work together before in other forms), in June 2012, with the initial idea of playing and singing material accessible for everyone.
The band has many influences from legendary bands and more big names in blues, jazz, pop, rock, dance, modern music, Latin and even Greek music.
Each member of the band accumulated a lot of musical experience, playing and / or singing in different
locations on different occasions: restaurants, bars, nightclubs, ships, shows, etc ... At the moment the band is looking for work Flamingo band is available!.
Best regards
Gigi Salomia. 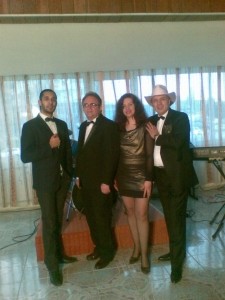 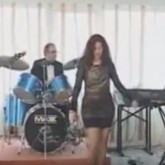