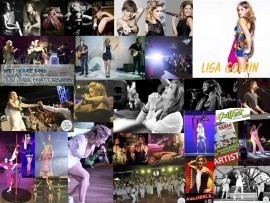 (no reviews)5.0
Country: South Africa
Based In: Gauteng
Performs: Worldwide
From: Contact

Renown for her astounding vocal ability and mesmerizing stage presence, Goldin’s infectious energy draws you in and soon enough you will be singing and dancing along with her extraordinary band.
Request a Quote
Share this Page:
Profile Views: 225
Report this profile

Performing, writing music and dancing has been in Goldin’s blood since a very young age, round about 2 years old to be exact. Cast as the bird in her first nursery school play, that was the day a star was born. There’s no stopping this sassy, #ICanDoAnything songbird who has made her mark soaring through the UK, Ibiza, Malaysia, Singapore, Oman, Beijing, Abu Dhabi and Dubai astounding fans with her endless energetic showmanship…and you have only just met her.
When an opportunity arose to perform in South African shows in August 2013, it led #Goldilocks back to her motherland, and to a ... lso pursue a songwriting career.
David Gresham Records signed Lisa Goldin as singer-songwriter on 04/04/2014.
"Really Doesn't Matter" was the first single released on 26/01/2015 receiving national airplay and available from iTunes, Amazon and other digital outlets.
Her performances are spell-bounding-magical taking her audiences on a journey of infectious singing and dancing – left breathless for more. Goldin’s songwriting is catchy, poptastic, filled with love, cheekiness and a wink, that will leave you smiling for days.
Formerly known as Lisa Theunissen her debut album, HerStory was released on iTunes and Amazon through CDBaby.com. Independently launched with a successful tour and press campaign, performing alongside Jessie J, Ed Sheeran and supported Scouting For Girls.