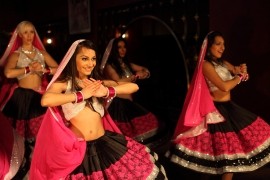 Absolute Bollywood is a full service International Bollywood Entertainment Company providing professional dancers for any event. Based in London, we also teach Bollywood kids parties, hen parties, workshops and choreograph for weddings and other events.
Request a Quote
Share this Page:
Profile Views: 1216
Report this profile

We have a troupe of 20 dancers. The female troupe perform regularly and the male dancers join us for large shows were more dancers are require or when they are requested.
We currently have 3 sets we offer showcasing different Bollywood styles:
Semi-classical medley (something a little more traditional)
Contemporary/Modern Bollywood medley (including some of the latest Bollywood songs)
BellyBolly Fusion – (Belly dance mixed with Bollywood)
Bronze Package
1 x 10 minute Medley. Interactive Workshop available upon request.
Silver Package
2 Medleys.
Gold Package
3 medley ... s.
Performances are more visually effective with 3 or more dancers.
Bollywood Workshops
Bespoke workshops to suit your needs!
Anything from 10 minutes to 1 hour in length
Male and female dance off
Anything from 10 people to 300
Pick the songs of your choice or let us surprise you
We teach basic moves to get everyone up and involved. Our interactive workshops are the best way to start the dancing at any event. You guests will have the opportunity to learn a few combinations and even a short routine.
We bring the music, you need to provide a music system and a microphone and we do the rest!

Absolute Bollywood is an International dance company based in London providing world class Bollywood dance entertainment. Our team of professional dancers have been wowing crowds in London and beyond with stunningly choreographed performances. We are able to choreograph bespoke performances tailored to your needs, creating the most suitable entertainment for any event. 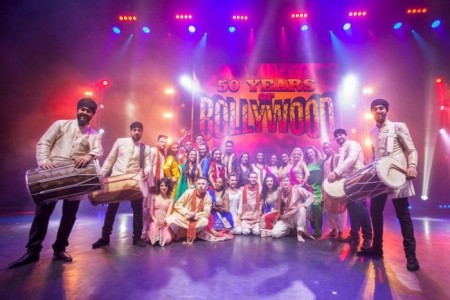 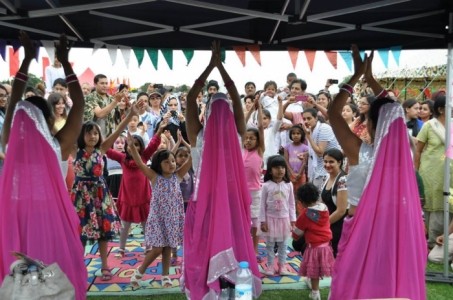 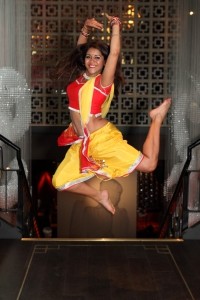 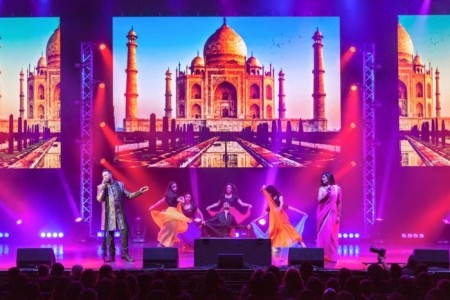 Hiring a Flamenco Dancer Tips, Advice and How to Book!
If you have never hired entertainment such as a Flamenco Dancer before, you might be a little perplexed and not know much about them.  That’s why here at www.EntertainersWorldwide.com ...
Read More
Hiring Bollywood Dancers – Tips, Advice & How to Book
Bollywood dancers are a very unique form of entertainment that adds a lively, fun atmosphere to any event – along with a splash of colour! Read our guide on tips and ...
Read More
Dance Act Options for Your Upcoming Event
Dance acts are quite a popular choice of entertainment and the availability of so many different options means that they are suitable for a plethora of events. Here are a ...
Read More
5 Entertainment Ideas for your Indian Wedding
If you are planning your Indian wedding, you are likely to be very excited about getting everything ticked off the list.  You have your ceremony dress and evening dress sorted, ...
Read More
Choosing the Right Dance Act for your Upcoming Event
Dancers and Dance Acts are a fun and unusual type of entertainment which have become more popular since being featured on television shows such as Britain’s Got Talent.  ...
Read More
15 Unusual Wedding Reception Ideas
Planning your wedding is an exciting and busy time and sometimes it can be quite easy to overlook planning the wedding reception entertainment, especially if you are taking ...
Read More
Impress the Boss with these top 10 Unusual Corporate Entertainment Ideas
If you have been given the task of planning the next corporate event for your employer, chances are you are in a bit of a fluster, especially if this is the first event you ...
Read More
Looking for a different type of entertainment? Search NowContact Us