You are contacting Queen Queef 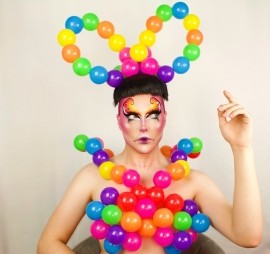 ???? The Uk's No.1 Reigning Fanny Fart ???? All Singing all dancing Drag Act, as seen in TV & Film such as RocketMan, EveryBody's Talking About Jamie and many more! Queen Queef is a Live singing Musical Theatre Trained performer. She also DJ's, Lip-syncs and hosts Bingo!
: 0791365XXXX Click here to reveal
full number

When contacting this member, please state that you are viewing their Entertainers Worldwide profile.
Request a Quote
Share this Page:
Profile Views: 1560
Need Help?
✖