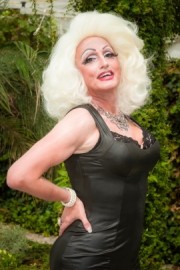 1
(no reviews)5.0
Country: United Kingdom
Based In: Lincoln, Midlands
Performs: Worldwide
From: from £250

Strawberry Whip is a vintage Diva. It is all about glamour and comedy. With live vocals, stand up comedy, stories and audience interaction, each show is tailored to the individual event. Strawberry performs Old Time Music Hall, Blonde Bombshells, WW2 Divas as well as Musical Theatre shows, 60s Divas, Motown and Disco. The mix is always a combination of classics and uptempo fun songs.

Ian Norton trained as an Actor at The Guildhall School of Music and Drama. His stage career has included roles in London’s West End, all over the UK and internationally.
Theatre Credits include: West End: Chitty Chitty Bang Bang, To Die For (Both at The London Palladium, Stepping Out (National Tour) Noises Off (Recent Tour) Out of Order, Red Peppers, The Tempest, Taming of the Shrew (Theatre Clywd), A Midsummer Night’s Dream (Bard Unbound) Under Milkwood, The Real Inspector Hound, Black Comedy, Ghost Train (Revival Tour) The Importance of Being Earnest, The Elephant Man and Hedda Gabler.
...
Musical Theatre includes leading roles in: Singin’ In The Rain, Cabaret, The Rocky Horror Show, Me and My Girl, Fiddler on the Roof, We’ll Meet Again, Half a Sixpence and Joseph & His Amazing Technicolor Dreamcoat.
Television Roles include: EastEnders, London’s Burning, Holby City, The Bill, and Morse.
He is also known on the Cabaret Circuit in the UK and Internationally as Strawberry Whip- La Diva
Ian is also a respected Image Consultant and Style Guru. Having been a Tutor at The Lucie Clayton Finishing School in London, he has worked with Politicians, Royals and Celebrities and regularly appears on TV and Radio Shows like This Morning, Loose Women, The Vanessa Show, The Trisha Goddard Show, The George Lamb Show and BBC Radio Breakfast. His work covers everything from business behaviour to make overs. He has produced articles on all aspects of etiquette, business skills and Image.
In Panto Ian has played Widow Twankey(Aladdin, Blackburn) Ugly Sister(Cinderella, Chesterfield)and Ugly Sister( Cinderella, Grays, Essex) as well as Simple Simon (Red Riding Hood Fleetwood) Muddles (Snow White, Morecombe) and Wishee Washee (Aladdin, Warrington) Dolly Dumpling (Snow White, Bridlington) Tilly Twitter (Robin Hood, Telford)Ugly Sister (Cinderella, Crewe)Nanny Nora (Sleeping Beauty, Grimsby)
Voted one of the 10 Best Dames in Britain 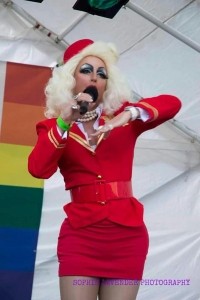 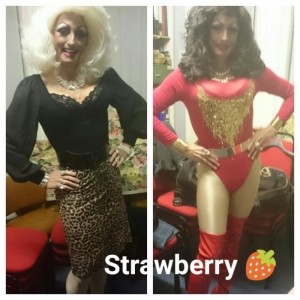 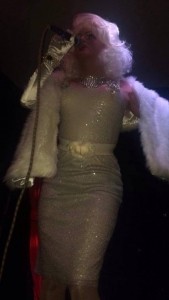 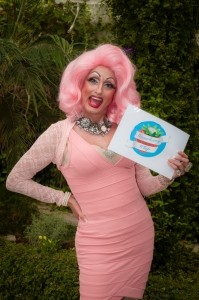 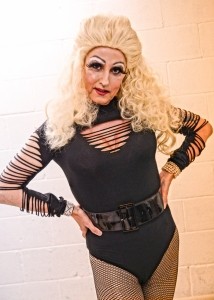 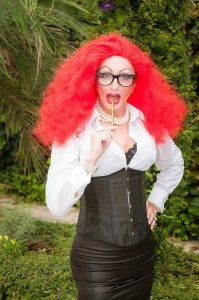