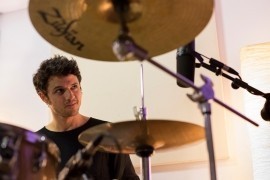 Ben Wirjo is a drummer from the United States currently based in Valencia, Spain. With over 20 years of playing experience, Ben’s portfolio of genres stretches nearly the full spectrum: from jazz, rock, and funk, to pop, country and rudimentary marching percussion. At the age of 7, he began learning from influences like Joe Morello, Buddy Rich, Max Rox and quickly migrated to other influences such as John Bonham, Mitch Mitchell, and Billy Cobham. After playing in scholastic jazz and symphonic bands, Ben began playing in competitive drum lines such as the Jersey Surf Drum and Bugle Corps and ... United Percussion where he was a Drum Corps International World Championship finalist and a WGI Indoor World Championship finalist respectively.
In 2004, Ben joined the progressive rock band Imbala from Philadelphia where he was able to fuse all of the different styles in his portfolio for 7 years. His time with Imbala peaked when they won the Jersey Shows Battle of the Bands in 2010. He then moved to China in 2011 and played in various cover bands and original pop groups made up of members from all parts of the globe.
In 2017, Ben moved to Valencia, Spain, where he was able to join the country-bluegrass-folk band Badlands. Since joining the group, he has played in major international music festivals such as Mad Cool Festival, Sonorama Ribera, Festival Cultura Inquieta, and Montgorock. The following year in 2018, he was recruited to play with the folk-indie-rock band Junior Mackenzie. His most recent drumming influences include Jon Theodore, Jojo Mayer, Mike Johnson, Mark Guiliana, Questlove and Matt Gartska. 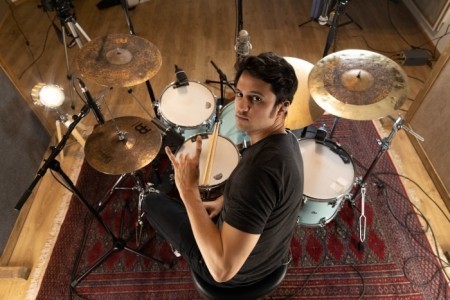 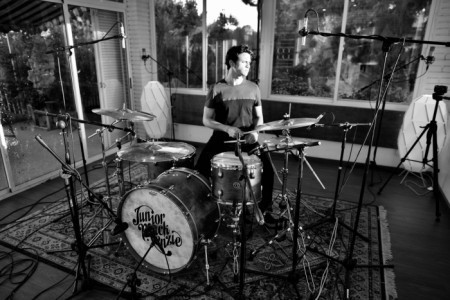 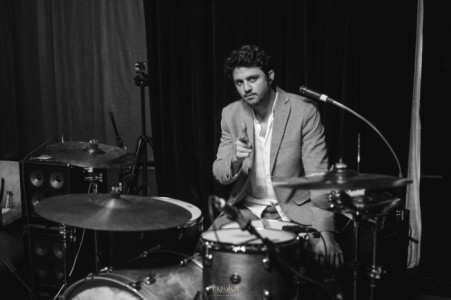 Fluent in English, Spanish, and Chinese.

Request a Quote
Share this Page:
Click here to view all of our Drummers on Entertainers Worldwide
Browse all Entertainment Hire options!