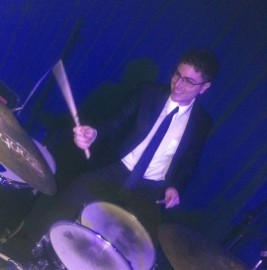 When contacting this member, please state that you are viewing their Entertainers Worldwide profile.
Request a Quote
Share this Page:
Profile Views: 1222
Report this profile

Dependable, very experienced, groover drummer.
Pocket player - most every style. Total dynamic control.
ALWAYS A positive attitude, show up on time, & ready to play well and groove your music at a pro level so the audience (and we) has a great time.
I read music, charts etc & write drum charts/parts too if need be. (In addition to patching instruments w/ MainStage)

Eric has performed as a Showband drummer with P&O cruises since 2016. In addition, he has performed over 50 shows in regional, educational, and community theatre on the east coast. He is trained in both classical percussion and drum set; playing at a professional level with authenticity regarding each genre/culturally specific groove. 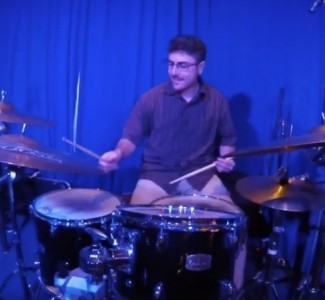 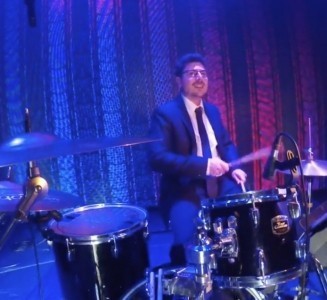 "Eric performs to high standard, and exceeds in the main stage shows with the diverse range of Guest Entertainers that come on each cruise. Anything that is asked of him is never an issue, and is done right away without having to ask more than once. Eric gets involved extra duties such as helping out with the percussion events at Bianco and also has helped perform with some of the crew in the Crew Talent Show which has helped out a lot." - P&O Cruises Entertainment Director
"Eric is always a happy, friendly person to have around and creates friendly working relationships with both guests an ... d crew." - Music Coordinator of P&O Cruises