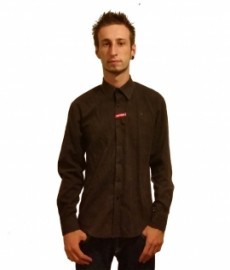 My name is Jake Taylor. I am a 25 year old drummer that is currently seeking a function/party band to play nationally/internationally with, on or off cruise ships.
: 0790053XXXX Click here to reveal
full number

My name is Jake Taylor. I am a 25 year old drummer that is currently seeking a function/party band to play nationally/internationally with. I am a fully commited musician and I am happy to travel anywhere for auditions in order to make it happen. I am a stylistically accurate diverse drummer that can play many genres ranging from rock, pop, motown, funk, soul, latin to jazz. Experience: I've had much gigging experience with a number of bands, in Paris, Amsterdam, UK & a few major UK festivals. I recently depped for the UKs leading Oasis tribute act, Oasis UK. I can also solidly play along to c ... lick tracks. I have recently left a cover band on the Isle of Wight that played a varied set between 50s rock n roll - modern day pop songs, I gigged with them on a weekly basis.
Contact: 07900532805 Jakewpf@gmail.com

I am a 25 year old drummer that was born in the Radiohead hometown of Abingdon, Oxford. Since a young age, I have always had an obsession with listening to many types of popular music by going through my parents diverse vinyl collection. Shortly after I realised that being behind a drum kit was what I wanted to do and what made me feel most happiest. With huge support from my parents, they bought me my first drum kit at the age of 8 and have played ever since. Throughout most of my musical years & being young, I mostly stuck to rock music. I personally think that it took me in a positive direc ... tion as it consisted of many musical elements such as blues, funk, jazz and hip-hop.
After completing my BA Honors course in commercial music on the Isle of Wight, I have learnt many skills across the music industry spectrum. My drumming became most diverse from that point onwards. I was learning many different styles of music in various function bands whilst also fulfilling my creativity in writing music with my progressive rock band. I've played many festivals over the past few years and have been lucky enough to play a tour in Amsterdam and also play a live show in Paris. Recently, I have been asked to record some drum sessions in different studios with different artists, genres ranging from hip-hop to electronic to rock. I am currently involved with the live drumming aspect of a London based electronic act 'ZUU Music' & an Isle of Wight based hip-hop act 'Born ina Barn'.
I am looking forward to my future achievements and meeting new people to work with within this musical career!