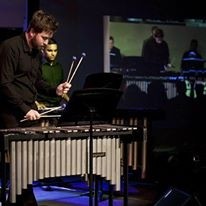 I am a drummer and orchestral percussionist with 10 years professional experience. During my career I have performed with a wide range of ensembles across the country at many prestigious events including the closing ceremony of the 2012 London Olympic Games.
: 0759047XXXX Click here to reveal
full number

James first picked up a pair of drumsticks aged 5 and hasn't looked back since. Nearly 20 years later James is now an in demand freelance musician and teacher. James grew up in Dorset and from a young age was heavily involved in the local music scene, playing with the Wessex Youth Orchestra, Bournemouth Youth Jazz Orchestra and Dorset Youth Jazz Orchestra and before long he became in demand as a session musician working with a variety of local ensembles. In 2010 James moved to London having been offered a scholarship to study at the London College of Music where he studied under Jeremy Corne ... s, Chris Baron, Jez Wiles and David Jackson, graduating in 2013. Since then James has continued to work as a freelance musician and has performed across the country and abroad having performed with a wide range of ensembles including sax fusion, opus 20 big band, paraiso school of samba, Bedford orchestral society, questa voce, Bournemouth Bach choir, the Gilbert and Sullivan society, Orlando brass, Bournemouth concert brass, egham brass, the philharmonia britanica, Jersey chamber orchestra, gillingham brass, Oxford operatic society, Wolverhampton choral society, Bournemouth symphony chorus, the band of the royal scots guards, royal ballet and several others as well as many musical theatre performances including Bare, sweet charity, Sweeney Todd, Beauty and the Beast, Barnham and quill to name but a few. James has also performed at several prestigious venues including Birmingham Symphony Hall, The Royal Albert Hall and at the Closing Ceremony of the 2012 London Olympic Games.
James is also an educator in music and currently teaches for Bucks Learning Trust music, music maps guides and runs samba and African drumming workshops across the country for the education group as well as holding teaching posts at both Harefield Academy and Bournemouth School of Music. James has also coached on several orchestral courses including the Castle Court School Orchestral Course and Poole Symphonic Concert Band Summer Workshop. 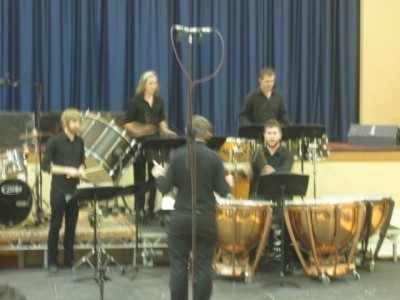 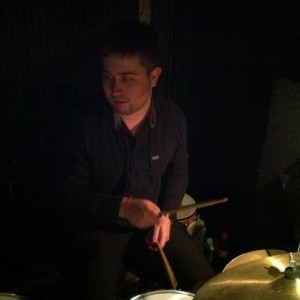 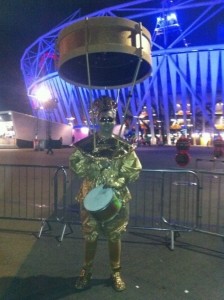 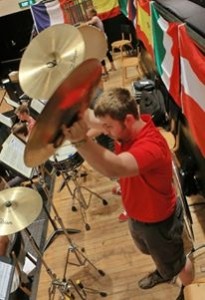 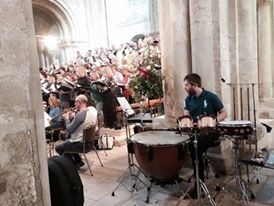 James Hunter - Drummer - UK, London Event Location: Lighthouse Poole Event Type: Orchestral Performance 1st April 2016
James is a very fine percussionist, who I have had the pleasure of working with on a number of occasions. Well experienced around the wide range of percussion instruments, I would happily recommend James for any position
Reviewed by: Edward Mylechreest